I suffer from depression. These are some of the hardest words to say out loud. They may appear like just another utterance but in essence they are part of a journey that entails wallowing in the depths, a journey where “normal” is often illusive. Depression is an ailment. And like all other ailments it transcends racial and cultural barriers. In South Africa depression has become a silent killer that is misunderstood, ignored or stigmatized. What exacerbates depression is that the sufferer is considered weak and is often ostracized.

Some years ago I opened up to a close confidant about my depression. The response, which was to prove a massive setback to me, was symptomatic of the ignorance around depression. I often wonder how many people have experienced this ignorance and for how many did it prove to be the proverbial straw that broke the camel’s back?

There are some who have a mystifying belief that depression is a choice. This is just asinine. Why would anybody choose this emptyness, hopelessness, anxiety, anguish…

Again I stress Depression is an ailment.

Just as you wouldn’t ask a diabetic why they suffer from diabetes try refrain from asking someone why are they depressed. It may seem the obvious question to ask but in the sufferer it illicits feelings of guilt, deflates confidence and causes anguish.

Research shows that depression intesifies during the festive season and its worst manifestation, being suicide, happens more in the days leading up to Christmas than at any other time of the year. It’s for this reason I thougt to share some thoughts on this misunderstood illness.

It is difficult to be a true friend to someone suffering depression. It is no easy task, it takes patience, understanding and huge amounts of self control. But most important is that it requires gaining knowledge about depression.

South Africa is rightfully feted for its response to the scourge of HIV/AIDS. For me this multi pronged response to an affliction provides a blueprint to how to tackle Depression.

Now some may argue that depression isn’t as serious as HIV/AIDS but I argue that Depression has catastrophic societal and economic effects, which are generally not recognised.

For example I personally know two professionals who have had to close their professional services companies due to depression. This resulted in a number of people being laid off and joining the ranks of the unemployed. As is often the case in South Africa some of these now unemployed people were the sole breadwinners in their families. These are two cases that I personally can attest to but ask yourself how many others have suffered the same fate due to a sickness that can be treated and managed.

And as with HIV/AIDS the key ingredient to overcoming depression is personal responsibility by the sufferer and the affected. Knowing the symptoms, identifying triggers and knowing how to manage triggering situations are just some of the weapons one must gain to survive.

Organizations such as www.sadag.org are there to lend a hand and walk the journey with you. And also lifelinesa.co.za offer a life changing and often lifesaving service. Wherever you are in the world help is available.

On Saturday 19 December I had an experience that saw me languishing in the depths and I found myself thinking how many others are suffering. I’m fortunate that I have been diagnosed and am equipped to deal with this affliction. But how many are walking around low in confidence, engulfed by hopelessness not knowing they are sick?

HelpGuide.org details the symptoms of depression; please visit the site to enhance your understanding of depression.

It would be arrogant for me to assume I have the answers, especially at a time when I’m not at my best and fighting to escape the darkness but what I do know is that those suffering depression need you more now than at any other time.

Be there! Be an informed friend! Be a true friend! 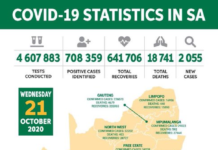 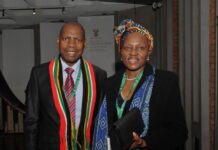 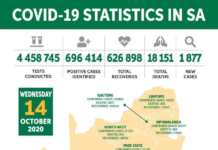