The Oscar Pistorius trial for the murder of his girlfriend Reeva Steenkamp on Valentine’s Day 2013 got underway on March 3 this year.

Shocked supporters of the double-amputee Paralympic and Olympic sprinter woke up to the news on February 14 last year that Oscar had killed Reeva in the mistaken belief she was an intruder.

As disbelief about Oscar’s version of events spread, many former supporters turned against him. Now, seven months after the trial began, the beginning of the end is in sight.

Come October 13 when court reconvenes, Judge Thokozile Masipa will lend the floor to the advocates for the prosecution and the defence who will argue in aggravation and in mitigation of sentence respectively, in their last-ditch attempts to influence the outcome.

Before the September 14 adjournment, when Gerrie Nel used Oscar’s emotional instability as one of the reasons not to extend his bail, the judge advised Oscar’s defence to confer with his family about Oscar’s state of mind ahead of October 13, when court resumes for sentencing.

Was she dropping a clue about what lies ahead?

We’ve been told that Oscar has returned to his religious roots and that each day begins in prayer with his family.

In the court of public opinion, Oscar’s day of reckoning is yet to come.¹

It was judgement day, the day everyone had been waiting for. In the month between court appearances, Oscar must have contemplated his fate and wondered whether his defence was enough; whether he had been a credible witness; and whether he’d be found guilty of Reeva’s murder.

Whatever one’s feelings about the accused, it’s been a gruelling time in the spotlight for Oscar. The trial was meant to last three weeks. With costs for his defence that go back to preparation for his bail hearing in 2013, it’s hardly surprising that Oscar had to shed some properties.

Six months down the line, Judge Masipa was ready to deliver her verdict.

Some say court formalities and conventions are dated and colonial but they help to set the serious tone of legal proceedings. As one, everyone in the courtroom stood up. She took her seat, they followed suit.

The judge’s quiet demeanour makes her hard to read. Without ado, she rejected the “entirety” of evidence of Oscar’s neighbours, and there was no ambiguity about her opinion of the prosecution, which she said had not done enough.

As she continued, we were introduced to the legal complexities and arguments the judge and her assessors had tussled with – concepts such as error in objecto, dolus eventualis and putative, private defence, and the notion of the “reasonable man”.

The judge said a reasonable person would not have fired four shots into the toilet cubicle, that he acted “too hastily” and “used excessive force.” She said Oscar had acted unlawfully in shooting the person sitting on the toilet behind the door, but this didn’t mean he was guilty of murder.

She also said Oscar had been negligent. And then came the words Reeva’s family and friends dreaded. The judge found that Oscar was not guilty of murder.

A paralysed silence took hold in the public gallery as lawyers shook their heads in clear disagreement with her findings.

As for what came next, she intended us to play the waiting game. Oscar, the lawyers, family and friends, the media and the global audience would have to wait another day.

Court was adjourned. Meanwhile, a quiet storm was brewing.

In short, the judge announced that Oscar was guilty of culpable homicide. The maximum sentence permitted on this charge is 15 years.

On the lesser firearms’ charges, Judge Masipa found Oscar was not guilty on two counts – firing a shot through the open sunroof of his car and the illegal possession of ammunition – but on the third charge, he was found guilty of firing of a gun in public at Tasha’s restaurant. This charge carries a maximum of five years.

The findings that caused public uproar

It was inevitable that the armchair experts watching the trial in their homes on television would be divided on Judge Masipa’s verdict no matter which way she ruled, but not guilty of murder was more than they could stomach. For millions of viewers around the world, our law certainly was an ass.

What remains to be seen is whether the judge will respond to the outspoken lawyers who have strongly voiced their opposition to her interpretation of the law.

Who could have foreseen the outcry about two Latin words dolus eventualis?

Well, the legal profession it turns out. Simply put in the Duhaime Legal Dictionary, dolus eventualis is defined as “awareness of the likely outcome of an action”.

However, there is nothing simple about its application, which has had leading legal minds at loggerheads for years. Back in 2008, Shannon Hoctor, law professor at the University of KwaZulu-Natal, Pietermaritzburg, tackled the controversial subject in an academic paper.

“Dolus eventualis is manifestly the most important form of intention in practice of South African criminal law,” wrote Hoctor. “It has received by far the most attention of all forms of intention and is well-established, commonly invoked and much-analysed.”

Not wishing to wade in these murky waters, I turned to fellow journalist and veteran radio and TV broadcaster David O’Sullivan, whose legal background and deep interest in law have served him well as an anchor of the excellent, dedicated Oscar radio and TV channels.

David admitted to being a little puzzled by Judge Masipa’s interpretation of dolus eventualis.

“She asked: ‘Did he foresee that he could kill somebody?’ And she said, ‘No, he didn’t foresee it’,” said David. “I think he (Oscar) did. I fundamentally disagree on that issue of fact.”

After a momentary pause, David added: “Whether she’s made a mistake in law or not, I just don’t know… I read some articles by legal experts who felt the judge was right in law, but possibly wrong in fact.”

David explained the significance of this distinction.

James Grant, professor of criminal law at theUniversity of the Witwatersrand is unequivocal on the subject. On his Criminal Law of South Africa website, he takes issue with lawyers who “try to justify Judge Masipa’s judgement”.

“They seem to take the line that her conclusion of culpable homicide was conceivable on the law as it stands, and therefore, although her reasons were questionable, her conclusion was correct,” he writes. “It’s the argument that the end justifies the means. This type of justification is as problematic in law as it is in most other areas of life.

“…No matter what reason Pistorius might have had for thinking – if indeed he did – that it was someone else behind the door, and not the deceased, this cannot be a defence and it is no ground upon which to find that he lacked intention to kill.”

Terence Grant (no relation), of Cape Town, a layman in the context, took a different position in his thought-provoking letter published in several national publications.

“Judge Thokozile Masipa was not entitled to conclude that Oscar Pistorius intended to kill the suspected intruder (and therefore was guilty of murder),” he wrote.

Terence Grant’s version of events may well be speculation, but his analogy of the meaning of dolus eventualis resonates with me.

Back to David O’Sullivan. I ask who performed better – Roux or Nel?

“They were equally competent,” said David, “(although) I felt Gerrie Nel over cross-examined.”

David thought Oscar didn’t know how to answer Nel’s barrage of questions and confused himself.

“He didn’t understand the ramifications of ‘I did intend, I didn’t intend’ – those things are hugely important.”

Oscar clearly won no awards on the stand.

“Amongst other things, Oscar was an evasive witness,” said the judge. “There was an impression that he was worried about the impact of his answers.”

Despite this finding, Judge Masipa clearly believed Oscar when he said he thought his life was in danger.

“Oscar was terrible,” said David. “Obviously he’s fighting for his life, but I’ve seen him in the sporting environment under very tense conditions, where he’s able to keep his head.”

Reinforcing his view, David added: “Manny Witz, one of our advocates, described (Oscar) as the best state witness, which is obviously an insult – but at the end of the day the burden of proof was not on him.”

“They were married to a version of events because at the bail application they had to… make sure he didn’t sit behind bars,” said David.

David believed that Nel was absolutely convinced he had enough (if not for premeditated murder, then) for the next competent verdict, which was murder dolus eventualis, and that he was completely flummoxed by the judge’s finding.

I asked David for his thoughts on whether Judge Dunstan Mlambo, Judge President of the Gauteng Division of the High Court of South Africa, did the right thing by admitting the media, and whether an accused could be given a fair trial under the circumstances?

While not conclusively answering my question, David replied:

“The judiciary and the media are still trying to find each other – we broke quite a few barriers. “

I had felt during the trial that Judge Masipa often showed kindness to Oscar especially when Nel was at his most ferocious and I asked David whether he thought she had been prejudiced in Oscar’s favour.

“Not at all,” said David. “I thought she was very measured, very level headed.”

I nudged him again about the outcome, but he was reluctant to call it.

“Sentence will be dictated by arguments in aggravation and mitigation,” he replied.

Pausing for just a second, David added: “I’ve no idea where the judge is likely to go but given her comments on his negligence, she’s looking at a very heavy sentence.”

¹Day of Reckoning refers to the Last Judgement in Christian belief, when one has to pay one’s debts or fulfill one’s obligation. 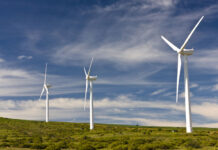 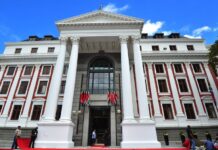 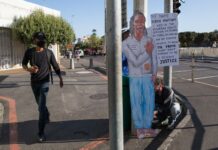