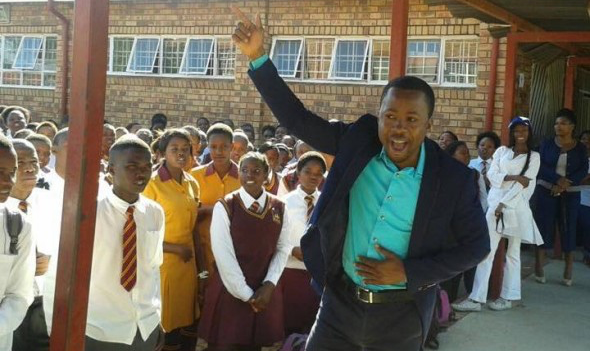 Time to move from diagnosis to prescription…

As an epidemiologist who has done work in understanding the ecosocial determinants of health and education, I surely do understand the ills of apartheid. I also understand that its effects will not disappear in one generation.

Yes, apartheid was bad and its effect will be transgenerational (to think otherwise is ignorance). But at some point, we have to move away from diagnosis of South Africa’s problem to prescription of solutions for the problem.

A multi-component intervention is needed

It is well-understood that in the quest to redress the ills of the past, South Africa has leaned towards a socialist state. This is seen from the large number of people on state welfare, BEE policy, etc. And yes, EFF will even nationalize mines and banks if they had their way. Of course, a bit of socialist leaning is healthy for every country. However, if not moderated, socialism can easily precipitate laziness and corruption.

I am worried that a prevalent philosophy among many Black South Africans is that of socialism. As a result, the terms capitalism and capitalist have almost become negative. It is potentially dangerous for young people to perceive capitalism as evil. Capitalism, in its simplest definition, means profit-mindedness. I believe that even God is a capitalist – when he gives you a talent, he expects you to trade with it and make profits. Capitalism is motivating. Knowing that there is reward for your sweat is motivating. Of course, like socialism, it needs to be moderated.

But I am not convinced that socialist thinking has been properly moderated in South Africa. While fighting for freedom, Black South Africans were promised many freebies as part of the freedom package. While the promise of a free and easy life has reverberated well enough and pervade many minds, how about the message of grit, hard work and dignity in labour? How much has that reverberated? Very little, I dare say. The result? A culture of pomposity and entitlement!

I do believe that it is correct for the government to use such means as BEE and land redistribution to redress the inequality of the past. However, I also believe that addressing the inequality of the past is only a small portion of the solution. While we redistribute, we have to learn to create. And the latter is more important. Blacks have to develop an impeccable work ethic to create their own wealth. Such multi-component solution is needed.

Many Black South Africans have to wake up to reality because the problem with socialism is that the Rich man’s money is actually not enough to go round. But also, no rich man made his wealth easily. It does not matter whether you were born Black or White, born in the US or in apartheid South Africa, no success is easy to create.

Mr. Raymond Ackerman did not create Pick and Pay overnight. In fact, it was after he was fired from his job that he took a loan to start Pick and Pay. I read somewhere recently that it took him 10% capital and 90% guts. This is the situation with every true entrepreneur. When you have an idea and you truly believe in it, nothing can stop you from starting. The good news is that we can make our own success. Success is not genetic – it is the result of vision, belief, hard work and grit.

Let us be honest. Apartheid left a lot of good things for South Africa – good roads, water, electricity, telecommunication, etc. – the type you find nowhere else in Africa. It is upon this premise that more Black South Africans should dream and step out in hope. When Africans from other countries visit South Africa and see the infrastructure (especially roads and electricity) in the country, they are inspired to start a business. And we know that many eventually prosper in small street businesses or bigger corporate businesses. The question is: how many Black South Africans are inspired to do the same? I understand that foreigners carry migration bias (meaning that immigrants are often more educated, motivated and healthy), but they can inspire the locals to dream and do more.

You need grit to win

Many Blacks think that by just being White, the work is 70% done – that Whites have it easy. Well we cannot deny the imbalances at birth due to the past, but as much as I know, no success is easy. What we have not echoed enough is the work ethic of white people. I [grew up in Nigeria and] have lived in South Africa for ten years and have visited about 20 countries for study or work and I have no doubt in my mind that the Black man needs to do a lot more to improve our currently pathetic work ethic.

In South Africa, I have worked with people of different races and I dare say that on average, the Black man still has some work to do. Do not get me wrong – I do not subscribe to hasty generalisations – not all Blacks are lazy and not all Whites work hard. I am a black man myself. I have worked with exceptional Black South Africans, but there is no denying the fact that the culture of entitlement and doing the barest minimum is still rife in South Africa.

We can complain all we like till eternity, but unless we fix our work culture and progress from being easily excited to being more thorough, we will not change the status quo. Unless we value ourselves and our work, we will remain behind. If you were born in another country where there was no apartheid, you would still have many people born to richer parents, and you would not give up on fighting for your dream because some people were born richer than you.

Here are examples of what I mean

Imagine a young Black female graduate who is proficient in the English Language (she does not need to have a degree in literature or linguistics) who complains about joblessness. With an entrepreneurial spirit, she can start any of the following:

The common denominator in all these opportunities is that she does not need capital or office space to start.

How about a young man in a township where foreigners are running small businesses? He does not need to look for opportunities to loot or kill the foreigners. He can be inspired by their success to look for his own shop and start the same business. Being a local, he is more likely to get a shop and more likely to attract local clients.

Recently, the Minister of Small Business Development, Ms Lindiwe Zulu, said that foreigners must reveal their trade secrets to locals. Nonsense! It is such spoon-feeding mentality that I am talking about. You do no not teach people to wake up at 6am and open their shops at 7am; they will be inspired to do so if they truly want to learn. Many of these foreigners did not do these businesses at home, neither did they study them at school. It is through grit they arrived in South Africa and through grit they embarked on business, learning as they go.

Grit is when you are decided to humble yourself and take insults in pursuit of your goal.

Grit is when you do not focus on other people’s business but on your own.

Grit is putting in the extra hours to be a top student or employee so that you can gain competitive edge.

Grit is when you persevere against all odds.

Grit is what many Black South Africans need.

Grit is what we all need.

I remember studying for my Master’s degree at the University of the Witwatersrand without sponsorship. There were months I could not pay for my accommodation and I had to sleep in classrooms. Feeding was a problem too. I was able to do that and achieve my degree because I had established early in life that no true success comes easy. There are many people who drop out of school for less serious reasons and give up on their dream.

When we demand more of ourselves, we are more likely to achieve success.

And with the lessons learned and a story to tell, we can bring other people into the beauty of our achievement, so that they too can be inspired to achieve theirs for a better Africa.

Braimoh Bello is a Senior Medical Scientist at the Centre for Statistical Analysis and Research (CESAR) and an Honorary Lecturer at the University of the Witwatersrand.

He works as an International Health Consultant in a number of countries across the world and has been recognised by the Mail and Guardian as one of the Top 200 Young South Africans.

Braimoh Bello is also the president of Beyond Tomorrow, a human development organisation which is dedicated to promoting Africa’s development through inspiration, education and excellence. He is the author of the best-selling book, Beyond Tomorrow: Fundamental Principles for Achieving Academic Excellence.