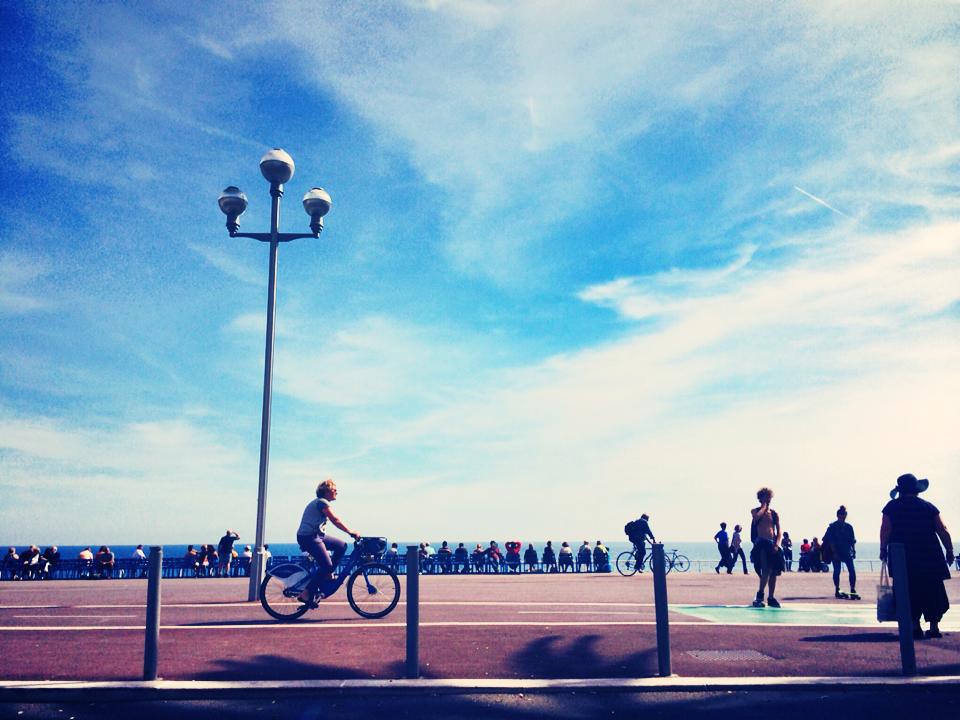 Back in the day when I lived a relatively normal life, I ended up sat in one of those stiff, four-walled office interviews where the interviewer asked me — quite originally — where I saw myself in five years’ time. Bored by the question, I sat there rather straight-faced, stared out of the window and answered: “I see myself smoking a joint on a beach in the Caribbean.”

It was a facetious reply really, quite common of my character at the time and in many ways still something I would say to someone who tried to box me into an answer. With a stroke of luck, the conservative South African corporate didn’t find any humour in my reply and decided not to give me the job.

And when I finally did land a well-paying — albeit creative — desk-job, stuck in Johannesburg traffic and eating bullshit all day… I hated it. The end of that year was the start of a total adventure, a fleeting ‘pack up and go’ moment that would change my life for good… and for the better.

Little did I know back then that my five-year plan would turn out to be a lot more exciting than smoking a joint on a beach in the Caribbean.

And as I write this from a breezy Tuesday evening in the south of France — staring out at my peculiar French neighbour and wondering what on earth his life story is all about — I reflect on how much choice and chance it’s taken to get me here, and how much downright admiration I have for those who’ve also chosen this same, rocky, hilly, dirty, rewarding expat road.

The past six months, especially, have probably been the rockiest, hilliest, dirtiest and most rewarding months of my whole life. That’s for sure.

A time that would have been a lot easier if I had the comfort of home and Carte Blanche to look forward to every Sunday night at 7pm.

And it’s kind of reminded me that this expat thing — this living away, working away, loving away thing — really isn’t for the faint-hearted. And I don’t care what she says in Eat, Pray, Love; expat life is hard.

At least, as hard as it is worthwhile.

—
It all started six months ago when I came down with chicken pox shortly after getting engaged to my love in Sweden. I had just changed careers for the second time in two years, turned my back on working on the boats in the Med and gone back to the books in Italy, where I was determined to build my dream of becoming a Pilates instructor.

Finally back in France, we planned our wedding and got married in a few weeks, without our family and saying our vows in a language we didn’t understand.

At the same time, my man was unexpectedly let go from his job and we were forced to move house.

Under stress, we tried to buy a house but that went belly up and left us a little down and out for a while. We came across a few real manipulative characters, whose shins I’d probably still kick if I came across them in the street.

But on the up, we met some darling friends and were given a place to stay until we found our feet again.

[quote_center]”With some strength regathered, we returned to the adventure of life: two jobless newly weds hanging out in the south of France…”[/quote_center]

Not being the kind of couple to feel sorry for ourselves, we took a deep breath and returned to happy, healing Africa, where everyone told us how ‘fresh’ we looked and how much ‘fun’ life seemed in the clutches of Europe’s cushy riches.

It certainly wasn’t how we felt.

We were exhausted, hunkered over in a boxing ring, gloves on, dealing with the challenges of feeling ‘away’, no matter where we were in our triangle of homes: Sweden, France or South Africa.

With some strength regathered, we returned to the adventure of life: two jobless newly weds hanging out in the south of France having a gay old time and caring way too much about the price of baguettes.

And then, very sadly, one of our beloved family members passed on and we were torn back to Sweden, a place where so many of our heart-strings are still attached; a place we’re confused to leave every time we go back.

—
So as the dust settles, and life starts to even out again, I look back and feel kind of proud we made it through all this in one piece. Sure, it’s not hunger or sickness or world war but it’s a struggle that all expats will understand.

Chances are, you probably won’t be in your own bed when you’re feeling sick, life won’t be in a language you understand until you care to understand it, and you won’t have your mom there when you need a hug and a “Feck-it mom! Today really sucked.”

You’ll freak out when you’re made to fill up your own car or pack your own shopping bags at the check-out point; until you realise these are just everyday metaphors for how obvious your African-ness is in Europe, where everyone is capable and used to doing it themselves.

And while the world complains about big things like politics or economics, you’re made proud by the small things like buying print cartridges at Carrefour or opening a bank account or understanding the radio. Your friends back home climb ladders and become somethings, while you regularly wonder what on earth you’re doing over here, chipping away at a mammoth rock face hoping to find gold bars.

It’s a choice. And it’s not for everybody.

But let me say, it’s been one awesome, awesome adventure and I wouldn’t change a thing about it.

View the original post on The Swedish African (republished here with kind permission).