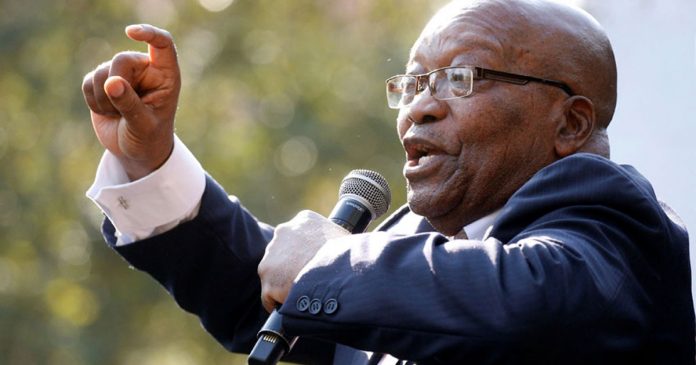 JOHANNESBURG – Jacob Zuma – who was unseated as South African president last year over corruption allegations – will attend the Zondo judicial inquiry into government corruption that took place during his tenure… even though he believes it is prejudiced against him, his lawyer said on Tuesday.

Zuma’s African National Congress (ANC) party forced him to step down in February 2018 after years in office marked by a succession of scandals and economic decline.

Zuma had set up the Judicial Commission of Inquiry into State Capture himself the previous month on the orders of the Public Protector – a decision he made an unsuccessful High Court appeal against.

“He is going to the commission as invited” from July 15-19, Zuma’s lawyer Daniel Mantsha said on Tuesday.

However, “our client remains of the view that the commission is prejudiced against him and lacks the requisite impartiality,” Mantsha wrote separately in a letter to the inquiry seen by Reuters.

The letter did not specify if Zuma would testify or answer questions.

It described last week’s invitation from the Zondo commission for Zuma to attend – in which it said he had been implicated in corruption by at least nine witnesses – as part of a “disinformation campaign”.

The former president denies all allegations against him.

The inquiry’s primary brief is to investigate allegations of corruption, notably at state firms Eskom and South African Airways, which are in drowning in debt after years of mismanagement.

It is reviewing accusations that three prominent businessmen – brothers Atul, Ajay and Rajesh Gupta — unduly influenced Zuma during his presidency about political appointments and the awarding of state contracts.

The ombudsman found in 2017 that Zuma may have granted the Gupta business family improper control of government functions, including the appointment of ministers.

The Guptas also deny the accusations and say they have been victims of a political attack. They have since closed their South African operations, which cover mining, media and technology, and moved back to India.

The family’s South African lawyer, Rudi Krause, said his clients had no comment.