Submitted by an anonymous emailer from Durban:

The public bus service in Durban has closed down, leaving thousands of daily commuters with no way to get to work or home again. It has closed because it is insolvent. How on earth did that happen?

The public bus service was run and operated by the city municipality from 1912 until 2007. It did receive subsidies from the City, but these were recovered from the Government and not from the ratepayers. In essence the public transport system ran at a profit sufficient for it to replace its own vehicles as needed.

In 2007 the City Council decided that it was  illegal for them to operate the public transport under the new Constitution – it had to be run and operated privately by someone from the previously disadvantaged community. The City Manager, Dr Mike Sutcliffe, then sold the public transport operation to a private company named Remnant Alton (Pty) Ltd for R70 million. This sum also included the route operating licenses and all the vehicles, equipment and buildings in Alice Street where the buses were garaged, serviced and repaired. So far so good.

By the end of 2008 most of the buses were in such poor condition they were unsafe. Broken down buses were the order of the day, and the service to commuters was a shambles. Remnant Alton (Pty) Ltd approached the City Council for help, and the City Council lent them R40 million at a very low interest rate to restore the bus service. This was in March 2009

At the beginning of April 2009 Remnant Alton (Pty) Ltd went into liquidation and ceased all operations. The R40 million was “gone”, so the City Council seized the company. The 1500 “owner-operators” then took the Council – as the new owners of the business – to the labour court, and won their case. The Council was ordered to compensate them with the same income they would have received had the service continued operating until the end of their contracts. Naturally the R40 million “loan” plus the award to the owner-operators comes out of Council revenue, paid by the ratepayers of Durban.

Now the Council, who suddenly decide that it is NOT illegal to operate the bus company, spends a fortune on buying new buses and restoring the transport service to its former state. Nobody yet knows what this has cost – the bills are still coming in. But suddenly there is a “whoops”. The Council can’t run the buses, because it sold the licenses to operate over the routes to Remnant Alton (Pty) Ltd. No problem. Just buy them back. Remnant Alton was willing to sell them back to the council, and the council was willing to buy them back. The only teensy weeny problem is that Remnant Alton (Pty) Ltd had sold them to its Managing Director and he wanted slightly more for them than what Remnant Alton had originally paid. After tough negotiations the council beat him down to a lower price and bought the route licenses back for R45 million. Yes, that’s right. R45 million.

OK. On the income side, the ratepayers scored R70 million when the bus company was originally sold.

Well, its a lot of money, but at least we will have a working bus service back.

Now here is the real kicker. The Council says it doesn’t have the capacity to operate the bus company, so it will be looking for a private company to operate it in the future – and they have found the perfect candidate.

Yep. You guessed it. They are GIVING it away, lock, stock and barrel, completely FREE, to…..

I kid you not.

Now, the Durban (Etekwini) Metro Council is overwhelmingly ANC, and they got VERY upset when a Democratic Alliance Councillor asked if they knew that the Managing Director of Remnant Alton (Pty) Ltd had at some stage in the past been found guilty of fraud, and served time for that offence?

The response?  No, we didn’t know that. After more questions – Well, actually, the City Manager did know, but is was some time ago, and the “gentleman” concerned had served his time and paid his debt to society, so we didn’t think it was important….

Meanwhile, the buses haven’t begun running yet. Nobody has a clue when they will operate again.

But the citizens of Durban can take solace in learning the new street names as they walk to and from work, hoping they won’t step in the turds and filth, or get mugged. They may even see our City Manager sweep by in his fancy luxury car, with a cavalcade of body guards, as he makes his way to his new luxury penthouse, valued at several million, at the Point Waterfront – smiling as he goes because the area has been declared, BY HIM, as a rates-free zone until 2014. Effectively he is totally unaffected by this huge cock-up. He doesn’t even have to pay his share in his rates bill. 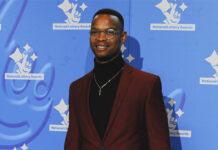 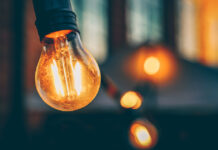