South Africans are rallying behind their national football squad with an enthusiastic show of support for “Football Tuesday”, the day Bafana Bafana take on France in their final match of the opening round of the 2010 Fifa World Cup.

The initiative is modeled on Football Fridays, a long-running campaign in which South Africans have been wearing yellow Bafana shirts to work, school and college every Friday to show their support for the team.

Football Tuesday was declared by the International Marketing Council, the custodian of Brand South Africa, in partnership with Primedia and the Southern Sun hotel group.

South Africa and France are at the bottom of Group A, with one point each. Mexico and Uruguay share the top spot with thee points apiece. “Bafana Bafana may be down, but they are certainly not out,” the IMC said in a statement.

“A convincing win against France this Tuesday is all the team needs to progress in this first World Cup on African soil.”

France drew 0-0 with Uruguay and then lost 2-0 to Mexico in their first two World Cup matches. South Africa drew 1-1 to Mexico and lost 3-0 to Uruguay.

To give them a chance to go through to the second round, South Africa now need either Uruguay or Mexico – who play at the same time on the 22nd – to win. And, of course, Bafana need to beat France.

“For this reason, now more than ever, we need to paint Tuesday yellow and green from all the four corners of our country in support of our national team,” said Sophie Masipa, IMC marketing manager. And if South Africans around the world can do the same, the energy’s sure to be felt by Bafana Bafana. This is our last chance!

“The vuvuzela clarion call must bring us together as we spur our boys on their most important assignment yet.”

On Tuesday, the best result for South Africa – out of many possible permutations that will allow them to go through – is for Uruguay to beat Mexico 5-0 and Bafana to take a 1-0 lead over France. 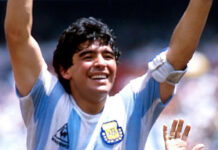 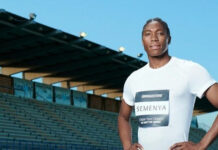 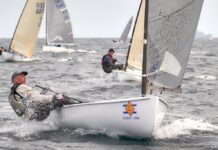 Court Rules for Granny, the ‘True Parent’, in Inheritance Case