Over 600 football fans missed the World Cup semi-final between Spain and Germany because of chaos at Durban’s King Shaka International Airport. A spokesman for Durban airport, Colin Naidoo, blamed the air-traffic chaos on the large number of private planes jetting in carrying celebrities like Hollywood star Charlize Theron and the King and Queen of Spain. (Please see update at bottom of this article.)

The airport was closed temporarily on Wednesday because of the heavy congestion caused by the chartered flights coming in from Cape Town where the first semi-final had been held the night before. The result for non-celeb flyers was delays of more than five hours, near riots and redirected flights away from Durban and the big semi-final they’d come all the way to watch.

Naido acknowledged that “some fans didn’t manage to get to the game because we had to turn those aircraft back. We had lots of air traffic from the two countries that are playing.”

The airport chaos meant that the Moses Mabhida Stadium experienced its lowest attendance of all matches during the World Cup with lots of very obviously empty seats, leaving a public sentiment that greed had led airport authorities to sell too many charter flights to stars at the expense of the fans.

The Democratic Alliance (DA) rejects the Airports Company of South Africa’s excuse that the recent chaos at King Shaka International Airport can be explained away as being the consequence of a high volume of ‘unscheduled flights’ of private charter planes carrying VIPs and a consequent lack of parking bays. The law requires that every aircraft submit a flight plan. If proper procedures are followed, the flight path should be known well in advance and the appropriate measures put in place to accommodate the aircraft.

It appears that plans to divert the extra incoming flights to the old Durban airport were unsuccessful or not followed through.

The chaos resulted in what ACSA has admitted to 660 – but what the DA believes could be as many as 1800 – international and local tourists missing the World Cup semi-final between Spain and Germany, tarnishing what has otherwise been a very well-organised World Cup.

It is unthinkable that the airport could ‘not have anticipated’ the high volume of flights on Wednesday which led to scheduled flights being diverted or delayed. The DA will be submitting a series of Parliamentary questions to ascertain exactly which unscheduled charter planes caused the problems and how, and under whose, authority, they were given preference over scheduled flights carrying ordinary tourists and commuters. The South African public and ordinary tourists deserve to know what caused the delays what led many World Cup supporters to miss their matches.

It is imperative that ACSA cleans up it act and ensure that the management at King Shaka International put in place appropriate measure to prevent a repeat of Wednesday’s chaos ahead of the World Cup final on Sunday. So far, ACSA has shown itself to be incapable of making sensible management decisions, as illustrated by its lavish expenditure for senior staff and ‘stakeholders’ – all of which points to a institutional culture favourable to ‘bending the rules’ when it comes to the rich, famous or politically well-connected. In addition to diverting ordinary flights to accommodate unscheduled VIP charter flights, other recent examples of this include:

The DA will continue to monitor the situation at King Shaka International Airport and make any new information we receive about the causes of delays available to the public.

“ACSA realises that no amount of money could ever adequately compensate the fans for missing the opportunity to watch the second 2010 FIFA World Cup semi-final match on African soil. The question of whether ACSA is legally liable for any loss resulting from this unfortunate event is still to be determined.

“Nevertheless, ACSA has, as a gesture of goodwill, but without admitting any liability, decided to set aside an amount of R400,000, for semi-final match ticket carrying passengers who were on board the six aircraft that were turned back.

“I apologise to all South Africans and, most importantly, all fans who missed the opportunity to attend the semi-final in Durban and for the inconvenience caused.” 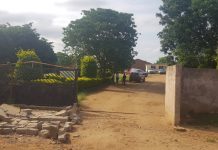