by Fabio Di Caro, matriculated at KES in Houghton in 1980

Just wanting to let you know that things have not turned the positive way for a lot of us in europe, I am one of them, to be precise I did not choose to come to this Italy, which I deeply hate for all the possible reasons,I was sent here just after matric by folks because they told me I was certainly going to have a better future here,needless to sy I have remained jobless so many times that I have forgotten,my last employer did not pay three months of wages due tot the fact that he had spent a fortune;being extremely rich;on prostitutes,drugs, alcohol and various pleasure trips throughout europe,a real gentleman.

I had to ask for help to the syndacate and a lawyer,finally I got paid after further four months and to survive I had to close a personal insurance policy.

The great problem of this nation is that if you do your job too well and you are extrmely productive in your sector,you are actually causing problems due to
the fact that this nation promotes chaos to distract the attention from important matters causing you to focus on nonsene,and if by any chance you are the kind of person that does not get distracted,it is better to get rid of you.

The church here is disgusting,priests are a bunch of perverts, the very people who go to church are extremely fase and rude,my neighbours all go to the local church,father,son and mother,all are in the choir and play guitars,however when they organize dinners with other choir members and church followers all I here is foul language,heavy foul language,sexual discussions aimed at intercourse and so on.

When I went to church in Yeoville there was father Da Silva,a great man and priest indeed,even though I was forced by my mom to go with my brother I learned to apreciate the good words of this person,on the other hand there was an italian priest in church nearby who drove around in a red mercedes and led a man to suicide,once the poor fellow found out his wife sexually involved with this guy,so how can I like italians or Italy.

I am a highly skilled bodyguard having served various political figures on international basis,I was also the only private bodyguard at the G7 Summit that was held in Naples but due to political pressure I was asked to abandon for a while and so I did,what a mistake I made seen that I have never been able to get back in the circuit since moving out in 2007 after my last operation, luckily enough I have a second occupation which I am very good at and it is managing merchandise warehouses and all related personnel,but the problems here are identical,too much efficiency does not allow anybody to move without the operational chief knowing so the excuse is the reduction of personnel and I’ll be jobless once again from 17 Septmber 2010,end of this week,after only two
years with these guys.

I beg your pardon for my not perfect english and most of all for such a boring script,but believe me I really have nobody to talk to and at times I would like
to share opinions and thoughts with somebody,just to feel alive and of some use. 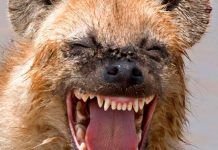 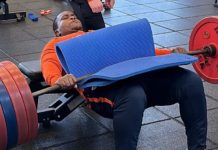