Veteran runner and South African Olympian Wally Hayward was one of the great characters of the sport.

Although he never won an Olympic medal, his name became synonymous with endurance running over the course of his 60-year career. Hayward is forever linked with the gruelling Comrades Marathon, one of the world’s toughest long-distance races at around 90 km.

Hayward died in 2006 in an old age home, at the venerable age of 97, after a distinguished career on the road and track, and with five Comrades victories to his name.

For most of his working life he was a carpenter and draughtsman for the City of Johannesburg, known in those days simply as the Johannesburg municipality.

From youngest winner to oldest

When he ran his first Comrades in 1930, Johannesburg-born Hayward was just 21.

He won the race in seven hours and 26 minutes, beating his closest rival by 37 seconds and becoming the youngest winner at the time, but he then decided to focus on shorter distances and it was to be another 20 years, in 1950, before he reeled in his second Comrades win.

Out of 53 finishers and 66 starters, Hayward came 10th in the Olympic marathon, a fine achievement.

He notched up a couple of Comrades records during this short period – he was the first person to finish the race in less than six hours, and in 1954 he was the oldest winner, at 45 years of age.

This record stood for half a century, until 2004 when Belarus-born super-athlete Vladimir Kotov, now a South African resident, claimed the title at the age of 46.

Hayward ran his last Comrades at the age of 80 in 1989, weakening towards the end and crossing the line just under two minutes before the 12-hour cut off for a medal. The year before, he had returned to the event after a 20-year absence, finishing the race in nine hours and 44 minutes and beating half the field in the process.

With his 1989 achievement he set another record as the oldest finisher, and it stands today.

In terms of the most wins, South African running legend Bruce Fordyce, who won his last race in 1988, holds the record of nine wins, eight of which were consecutive.

Fordyce still runs the race and has completed it 29 times.

Between his Comrades triumphs and short-distance running, Hayward was decorated for his service in World War Two. He also represented South Africa at other international events, including the Empire Games in Sydney in 1938, where he finished third in the six-mile event and fourth in the three-mile race.

Hayward ran the prestigious London to Brighton Marathon and the 100 miles of the Bath-to-London route in 1953, breaking the finishing time for both events and establishing a new world record for 50 miles in the former race.

The following year he found himself in the middle of controversy when, on discovering that he’d allegedly accepted small donations to cover expenses while in the UK, the South African Athletics and Cycling Association pronounced him a professional and barred him from competing in amateur events – including the Comrades, according to the rules at that time – for the next two decades.

By the time the ban was lifted, Hayward had lost interest in running, although he reportedly still waited at the finish of every Comrades to inspire other athletes over the line. He also had the pleasure of awarding the green, or permanent, number to those who finished their 10th race.

In 1988, aged 79, Hayward was persuaded to tackle it again and the rest has become running history.

Today he is fondly remembered for his accomplishments and is commemorated in the annual Wally Hayward Marathon, launched in 1977.

Hayward published his memoirs in 1999 in a book titled Just call me Wally, which was edited by Bill Jamieson.

In 2007 the Comrades Marathon Association announced the introduction of the Wally Hayward Medal, which would be given to runners who missed out on a gold medal – which is given only to the first 10 men and women finishers – but yet completed the race in under six hours.

“In creating this medal, the association salutes a man who epitomised the spirit of the race and inspired thousands of men and women to run it,” said Dave Dixon, the then association chairman, at the announcement. 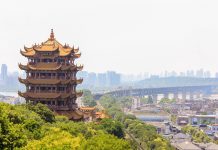