South African project myHandsandHeart, an online and mobile platform for matching organisations and youth volunteers, was named on Tuesday as one of six winners of a global competition for local initiatives that are having a positive impact on their communities.

The competition, dubbed the Shaping a Better Future challenge, was open to members of the World Economic Forum’s (WEF’s) Global Shapers Community, a worldwide network of more than 3 000 young, socially engaged leaders in over 300 city-based Hubs worldwide.

The winners were announced ahead of Tuesday’s opening of the WEF’s annual meeting in Davos, Switzerland.

Using the latest and most readily accessible online and mobile tools, myHandsandHeart matches organisations and youth volunteers in order to give young people the experience of civic engagement and to improve their employability.

“Through the opportunities provided, young people are equipped with important skills,” myHandsandHeart says on its website. “They are also able to positively impact local communities and actively engage with key issues in their communities, becoming informed and involved citizens.”

The Cape Town Hub was one of five winners of a US$10 000 grant from competition sponsor Coca-Cola. The $50 000 grand prize was won by a joint project by the Global Shapers Hubs in Rome and Nairobi which provides schools in Nigeria with solar lanterns that children can borrow to do their homework with, replacing dangerous kerosene lamps. Students recharge the solar lanterns daily at school, and families can buy them over time by paying a small daily fee.

Describing the projects as “breakthrough initiatives”, Muhtar Kent, chief executive of the Coca-Cola Company, USA, said they brought together innovation, scalability and the potential for collaboration.

“Our support of the Global Shapers movement reflects our view that true leading begins with taking action,” Kent said in a statement. “These young leaders understand and, indeed, exemplify that same approach.” 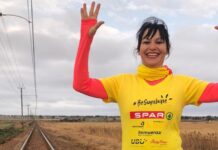 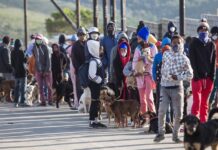 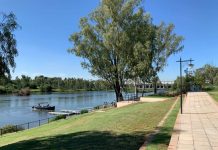 Adopt a River in Honour of Madiba’s Legacy