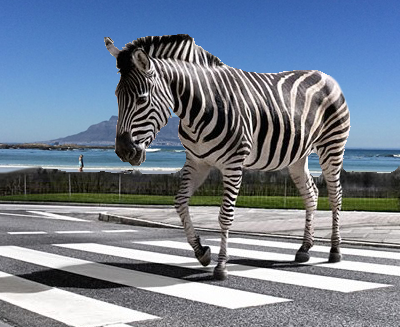 Here’s a list of some questions expats have been asked (from ‘The Expat Confessions‘):

“I was once asked if I was black.”
– white engineer, Munich

“I work on news and once had a producer say to me, ‘Oh you’re South African? I had no idea there were white people in South Africa until I heard Charlize Theron is South African!'”
– journalist, New York

“I was once actually corrected by a Canadian who told me Pretoria is not the capital of South Africa, but that the Congo is!”
– housewife, Ottawa

“We get asked if South Africa has airports, roads, cars and if everyone lives in mud huts. I lie constantly and tell them what they like to hear; and when I have had my laugh, I put them straight by showing my photographs of home.”
– nurse, Glasgow

“I was asked what it feels like to be an African slave woman. I’m white.”
– chemist, Nykoping, Sweden

Other questions South African expats get asked a lot, include:

Worldwide questions, asked in almost every country, include:

And then there are the questions that tourists planning trips to South Africa ask. An SA Tourism website collected some of the classics around the time of the 2010 World Cup and gave their own answers back. (Well, that’s what they said, but it turns out that maybe the Tourism website copied these from an Australian website! But regardless, these are the kinds of questions tourists ask!)

Does it ever get windy in South Africa? I have never seen it rain on TV, so how do the plants grow? (UK)

We import all plants fully grown and then just sit around watching them die.

Will I be able to see elephants in the street? (USA)

Depends how much you’ve been drinking.

I want to walk from Durban to Cape Town – can I follow the railroad tracks? (Sweden)

Sure, it’s only two thousand kilometres take lots of water…

Is it safe to run around in the bushes in South Africa? (Sweden)

So it’s true what they say about Swedes.

Are there any ATMs (cash machines) in South Africa? Can you send me a list of them in JHB, Cape Town, Knysna and Jeffrey’s Bay? (UK)

What did your last slave die of?

Which direction is north in South Africa? (USA)

Face south and then turn 90 degrees. Contact us when you get here and we’ll send the rest of the directions.

Can I bring cutlery into South Africa? (UK)

Do you have perfume in South Africa? (France)

I have developed a new product that is the fountain of youth. Can you tell me where I can sell it in South Africa?(USA)

Do you celebrate Christmas in South Africa? (France)

Are there killer bees in South Africa? (Germany)

Not yet, but for you, we’ll import them.

Are there supermarkets in Cape Town and is milk available all year round? (Germany)

No, we are a peaceful civilisation of vegan hunter-gatherers. Milk is illegal.

Please send a list of all doctors in South Africa who can dispense rattlesnake serum. USA)

Rattlesnakes live in A-meri-ca, which is where YOU come from. All South African snakes are perfectly harmless, can be safely handled and make good pets.

I was in South Africa in 1969, and I want to contact the girl I dated while I was staying in Hillbrow. Can you help? (USA) [Note: we get this a LOT on SAPeople!]

Yes, and you will still have to pay her by the hour.

Will I be able to speak English most places I go? (USA)

Yes, but you’ll have to learn it first.