Graeme Smith stepped down from test cricket after 109 matches in charge of the Proteas, as Australia handed South Africa their first series defeat in five years by winning the third test at Newlands on Wednesday.

Australia’s 245-run victory was far from easy and almost didn’t happen as the Proteas put up stiff resistance before losing their final two wickets in the last five overs of the day.

The Aussies continued their renaissance with a 2-1 series victory over the world’s number one ranked team, following on from their 5-0 Ashes whitewash of England, but South Africa remained comfortably ensconced at number one, with Australia moving above India to second place, in the International Cricket Council rankings.

“It has been a wonderful series,” Smith said in a post-match interview on the field. “It has been wonderful for the game of test cricket. I have always had huge respect for the game and it is great to see it in a good place, especially in a test format.”

“What a series! What a summer for the Australian team,” said Aussie captain Michael Clarke of their roller-coaster 2-1 victory.

The bigger story, though, was not Australia’s win but Smith’s last match in a test career that began in March 2002. He retired as the most capped captain in test history and as the captain who oversaw the most victories, 53, four more than Ricky Ponting, who is second on the list.

Under Smith, the Proteas won a record 30 tests at home, while Smith’s 23 wins away equals the record held by the West Indies’ Clive Lloyd.

Smith was at his best in the second innings of matches when chasing a victory. Nobody in history scored more than his 1 141 runs in fourth innings wins, and no one averaged more in those matches than the burly left-hander’s hugely impressive 87.76. His four centuries in successful run chases is also a record.

“This is the place where I wanted to retire. It is where it all began for me many, many years ago and the Newlands faithful and the people of Cape Town have been so supportive of me … When I look at this stadium I have had so many wonderful memories here, so if just felt like the perfect place to finish my career,” Smith said of his decision to retire after the Newlands test.

“If I think back from a batting perspective, when I started my professional career, I think in my first two seasons every commentator or journalist commentated on my style of batting and grip and said I was never going to make it. To finish playing my career with 17-odd thousand runs in all three formats is something that I am extremely proud of. That took a lot of determination and a lot of mental strength and a huge effort.

“From a leadership perspective, to have been in the job as long as I have, to have as many victories, and to have shared a dressing room with so many terrific players and coaches over the years, is certainly a dream come true,” Smith added. “I didn’t think I would ever have achieved the heights that I did.”

On taking South Africa to the number one position in test cricket, Smith said: “When you’re [a captain at the age of] 22, there is a lot of growth that has to happen. It took me a few years to figure out what the team needed.

“To have the number one bowlers in the world, to have some of the top batsmen in the world, and being a part of an environment where you see these guys come in and be successful, is hugely rewarding as a captain.”

Australian captain Michael Clarke showed his appreciation for Smith’s contribution to cricket, saying: “He’s been an amazing player for a long time and a fantastic leader, and somebody that I have certainly looked up to.

“The game is a sadder place for Graeme retiring. I think he deserves a lot of credit for what he has achieved, where he has got South Africa to, and to be able to keep them at number one for such a long period of time.”

International Cricket Council (ICC) CEO Dave Richardson paid tribute to Smith in a statement, saying: “On behalf of the ICC, we congratulate Graeme Smith on his retirement following a very impressive and successful international career.

“Graeme featured in a number of memorable matches for South Africa and led his country in a world record 109 tests, as well as 150 One-Day Internationals. He will no doubt go down in cricket’s history as one of its most respected captains and opening batsmen.

“Batting at the top of the order is not an easy job, but his determination to succeed is reflected in his career statistics and record of success, particularly in leading South Africa to the top of the yest rankings,” Richardson said.

“The way he matured as a captain, encouraged his side to play hard but fair, be humble in both victory and defeat, was a great example to all.”

During his career, Smith played 117 test matches, scoring 9 265 runs at 48.25, with 27 centuries and 38 fifties, plus 169 catches and eight wickets to his name. He finished his career 12th on the all-time list of run scorers in tests. 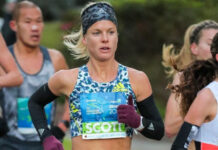 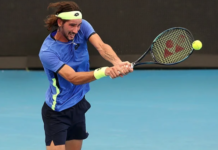