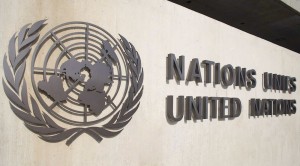 Mandela: Long Walk to Freedom will be screened at the United Nations in Geneva today, 20 March 2014, ahead of the commemoration of the International Day for the Elimination of Racial Discrimination tomorrow. The screening of the film, based on the late South African President’s autobiography, will be followed, by a panel discussion during the 25th Session of the UN Human Rights Council under the theme “The Role of Leaders in Mobilising Political Will for Combating Racism and Racial Discrimination”.

Panellists will include struggle veteran Ahmed Kathrada, who spent 26 years in prison with Nelson Mandela; Anant Singh, the producer of Mandela: Long Walk to Freedom; and Emine Bozkurt, Member of the European Parliament’s Committee on Civil Liberties, Justice and Home Affairs.

Anant Singh said “it is an honour to have Mandela: Long Walk to Freedom screened at the United Nations commemoration of the International Day for the Elimination of Racial Discrimination.

“As a leader, Madiba played an integral role in the fight against racism and rallying people to take up the cause.

“His principled commitment to the struggle for racial equality was highlighted in his famous Rivonia Trial speech when he said, ‘I have fought against white domination, and I have fought against black domination. I have cherished the ideal of a democratic and free society in which all persons live together in harmony and with equal opportunities. It is an ideal which I hope to live for and to achieve. But if needs be, it is an ideal for which I am prepared to die.’

“Madiba is the perfect example of the role leaders can play in the quest to eradicate racism and racial discrimination,” said Singh.

CEO of the Nelson Mandela Foundation, Sello Hatang, said the Foundation is pleased that Mandela: Long Walk to Freedom will be screened at the United Nations commemoration.

“The film underscores Madiba’s iconic contribution with his struggle peers to ensure freedom and equality for all in South Africa’s journey towards the realisation of democracy. The journey continues and is in the hands of each of us every day,” said Hatang.

Btw – Mandela: Long Walk to Freedom will be released on Blu-ray and DVD next Friday, 28 March 2014, in South Africa.