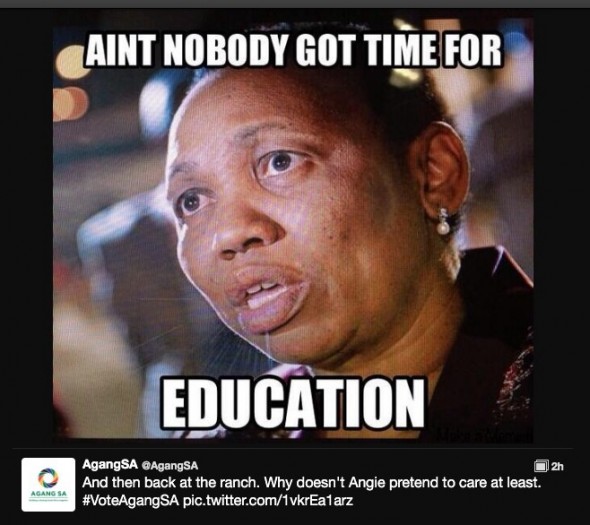 AgangSA is creating a Twitter storm with a flurry of outrageous and humorous comments. News24 reported that perhaps they had been hacked, but AgangSA has tweeted back that this is no hacking.

They have just had enough…after President Zuma’s latest reaction to the Nkandla controversy, claiming that he didn’t ask for the upgrades so he refuses to pay!

Blaming goverment officials who oversaw the R270-million upgrades, his exact words were allegedly: “They did this without telling me. So why should I pay for something I did not ask for.”

See screenshots below of some of the more classic tweets this morning: