South African Reserve Bank (SARB) governor Gill Marcus says that the solution to South Africa’s current poor economic performance must come from within, and that difficult conditions globally are no longer the main cause for the slowdown at home.

In her written speech delivered to the SA Institute of Chartered Accountants (SAICA) in Johannesburg this morning, Marcus acknowledged the very deep financial crisis of the past seven years, but said that “the slowdown we have experienced is domestically driven, largely self-inflicted and we cannot blame external factors alone.”

Gross domestic product (GDP) shrank 0.6% in the first quarter of the year and forecasts by local economists are fairly evenly split between slow, albeit positive, growth for the year and recession, defined as two successive quarters of negative growth.

Marcus said the SARB’s view was that a recession was unlikely.

“To give some perspective of how bad things will have to be in order to get to this point: if zero growth in each of the remaining three quarters of the year were to be recorded, the economy would still achieve a positive growth rate of 0,8% for the year.

“To get to a negative growth rate in the second quarter, and assuming the rest of the economy continues to grow at rates of around 2%, we would have to have significant further contractions…in both the mining and manufacturing sectors,” she said.

However, Marcus warned that even if a recession were avoided, it would be “cold comfort” if growth remained weak and that it is up to everybody – government, business and labour – to “rebuild the confidence and trust that is an imperative to change the negative trajectory that the economy is presently on.”

The Bank’s most recent growth forecast is for growth of 2,1%.

It could be even lower given that there are significant downside risks to the forecast. These include the continuing strike in the platinum sector and electricity supply constraints.

If the strike continues miners will eventually run down their stockpiles and, at some point, the impact on exports will be felt and this will affect the rand’s exchange rate against the world’s major currencies.

The picture isn’t all bad and Marcus said that growth would be underpinned by the government’s infrastructure spending.

There is also some life in the construction sector.

She said that the solutions to slow growth would be found domestically but that “instead of focusing on whether we are entering a recession or not, we should all be striving to restore the economy to the strong growth path that it is capable of achieving…

The UK economy has also moved to a sustained recovery path, with growth of around 3% expected this year.

“Unfortunately, the outlook for the Eurozone, an important export market for South Africa, is much less favourable. Although the region has emerged from recession, growth is expected to be anaemic, with continuing concerns about deflation, particularly in some of the European periphery,” she said. 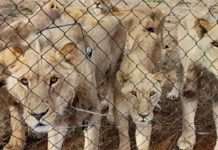 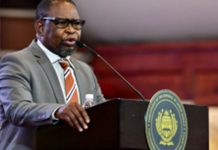 South Africans invited to have their say on 2023 National Budget