Following the Australian Brumbies’ tour of South Africa in May this year, super rugby player Clyde Rathbone wrote about the realisation of his own “complicity in the exploitation of Africa’s wildlife” after he and his team mates visited a lion park in South Africa.

His article – highlighting the plight of many cubs who will be taken from petting parks to be hunted and killed in South Africa’s infamous canned hunting industry; and raising the question of a sportsman’s responsibilities when he has a global following – caught the attention of  South Africa’s legendary ‘Lion Whisperer’ Kevin Richardson.

In a tweet to the South African-born Rathbone a couple of weeks ago, Richardson said: “Good job on your blog. Need more sports celebrities like you spreading this message.”

So, with kind permission of 33-year-old Rathbone, we hereby republish the post and hope it will further spread the message:

The Pride of Ignorance – by Clyde Rathbone

A group of beaming smiles encircle an impossibly adorable lion cub. They rub its belly and paddle away a flurry of playful swipes while cameras go into overdrive capturing the event. Everything about the combination of cute animals and besotted humans appeals to our moral instincts.

But in the case of captive wildlife our moral intuitions are sometimes rotten to the core.

It is a sad fact of life that many actions causing great harm are motivated by well intentioned individuals either ignorant or armed with defective information.

Subsidising institutions that hold animals in captivity appears to be an exquisite example of this kind of immorality.

Early this week I felt a metaphorical punch in the guts as I realised my own complicity in the exploitation of Africa’s wildlife.

Last Sunday the Brumbies squad paid a visit to a lion park twenty minutes outside of Bloemfontein. The cat enclosures were small (though no smaller than most zoos) and people moved about inside the pens with the cubs and adolescent lions. The level of supervision and management of the interaction between the lions and the visitors appeared woefully unprofessional. But there is a far more sinister side to lion parks than poor facilities and unqualified staff.

As tourists pour into South Africa in search of a safari experience, lions have been commodified in appalling numbers. So much so that South Africa now has a major overbreeding problem. To combat overpopulation and maximise profits many lions born into captivity are eventually killed by the grotesque practise of canned hunting.

Lions that have never known freedom are released into fenced-off bush-veldt where rich people execute them for pleasure – thus marking the nadir of our failure to protect the wild nature of wildlife.

As a former hunter in South Africa I understand that hunting is indeed an important cog in the conservation of African wildlife. But killing tame lions to make rich South Africans wealthier is ethically unsupportable.

The film Blackfish brought worldwide attention to the plight of captive Orcas in SeaWorld theme parks. African cats and indeed all wild animals in captivity desperately need similar attention. Zoos and animal theme parks are born out of the nonsensical idea that animals which lack human intelligence exist for our amusement.

As images and videos of Brumbies players (myself included) began circulating on social media it dawned on me that by attending the lion park we had hitched ourselves to the profiteers of animal cruelty.

This brings my attention to the responsibility that accompanies athletes with an online presence. Being able to connect with a global audience via Twitter, Facebook or Instagram is a relatively recent phenomenon. This connectivity has given us unprecedented capacity to spread ideas and bring attention to important issues.

But this is not how athletes tend to utilise social media. Instead ‘followers’ are subjected to endless pictures of products, promotions and commentary that is all too often best described as drivel.

Is this the best we can do with the privilege of a platform?

Supporters of canned hunting say it is the same as farming for beef and that the dollars earned from the hunt help the conservation of lions. But critics argue that it does nothing to safeguard wild lions…

“The first question one needs to ask is, what ultimately happens to all the hundreds, if not thousands of cubs that are too old and dangerous to be petted by general public? What happens to Lions once they are too old to walk safely with? Certainly not all can land up in reputable zoos around the world or game farms in South Africa that most guides will tell you they go to. They also definitely don’t repopulate wilderness areas as others would have you believe and if they do, where are these lion paradises? They land up being sold at a premium to farms that are in some way or another connected to ‘Canned Hunting’.

“So in other words, today’s much loved cute pet is tomorrows trophy and the poor unsuspecting tourists have blood on their hands; and are literally part of the process of ‘Canned Hunting’ unwittingly, because they have been hoodwinked into believing that their contribution of funds is somehow going to some conservation cause. ‘Canned hunting’ isn’t a single event of a pseudo hunter shooting a lion in a situation whereby the lion has been ear marked and stands no chance of fair escape, it’s a process starting with the petting of a cute cuddly cub.” 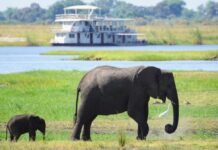 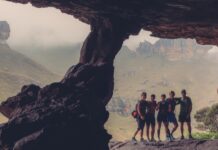 Rhino Peak Challenge in the Drakensberg Raises Over R1 Million 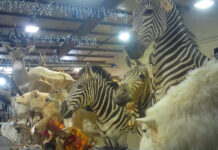