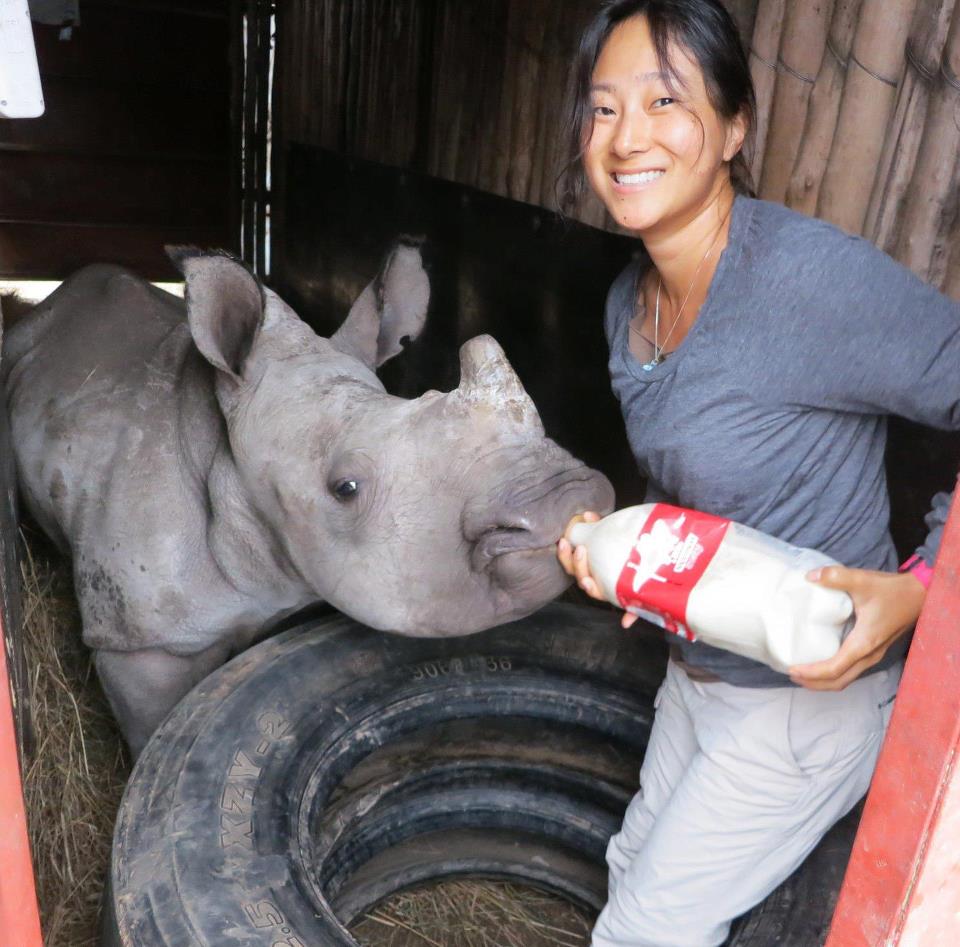 After a stint as a volunteer working with orphaned rhinos in South Africa, an American citizen has decided to take on South Africa’s poaching crisis and do something constructive about it. And she needs our help.

Kim Putman is one of ten finalists in the National Geographic ‘Expedition Granted’ competition. The winner will receive $50,000 to fulfil their dream project. Kim’s dream is to end poaching and save rhinos from extinction.

Last year Kim volunteered at a wildlife conservation and rehabilitation centre in South Africa where she became quite attached to the rhino and to South Africa.

She told SAPeople that her “experience in South Africa was so wonderful. It’s a place that felt very much like home. The people and the wildlife are an inspiration.”

In her NatGeo video entry (watch below) Kim explains that the rhinos she cared for were a direct result of poaching.

“Their mothers were slaughtered for their horns, and the babies without a horn were left behind,” she says.

We asked Kim to tell us a little more…

1. What is your cultural background, and will it make it easier for you  to talk with those in Asia who see rhino horn as a status symbol or as having medicinal value?

I was born in South Korea and was adopted and grew up in Michigan, USA. Being Asian definitely won’t hurt me in bridging communication with this issue. Culture change has to start from within. Part of my project deals with education within the countries.

2. Are the people in these Asian countries aware of the poaching crisis?

That is the question! I don’t believe that the majority of people know what really is going on, and that is one of the reasons why I entered Expedition Granted with National Geographic. Education is key. If Asian cultures truly knew what was going on and what Rhino Horn is actually made of…I wouldn’t have had to enter.

3. When and where did you go in South Africa, and what prompted you to go?

I grew up with animals and I’ve always been an animal lover. Last year I volunteered through African Conservation Experience at the Care for Wild Africa near Barberton.

Petronel Niewoudt was my mentor and she, her staff, and fellow volunteers were/are true champions for the Rhino plight there. They deal first hand with the effects of poaching.

And while there I learned about the care for the baby rhinos and anti-poaching efforts but it made me think about the bigger picture. If I want to end poaching and put poachers out of business, I need to go to the reason why there is a business at all. And that is stopping the demand for Rhino horn through cultural change.

4. What do you currently do?

I want to put poachers and illegal traders out of business by changing the way Asian cultures view Rhino horn. The culture belief that it carries mystical properties needs to be set straight.

Thanks for your support. Let’s put poachers out of business!

WATCH VIDEO – Save Rhinos from Extinction

TO VOTE FOR KIM AND FOR OUR RHINO:

Please visit this page (where you can watch Kim’s video) and click on the yellow VOTE button on the right hand side. Please do this again every day until September 29.

Kim is currently placed tenth with 3 % of the votes. Let’s help her get to the TOP of the leaderboard for the sake of our rhino!