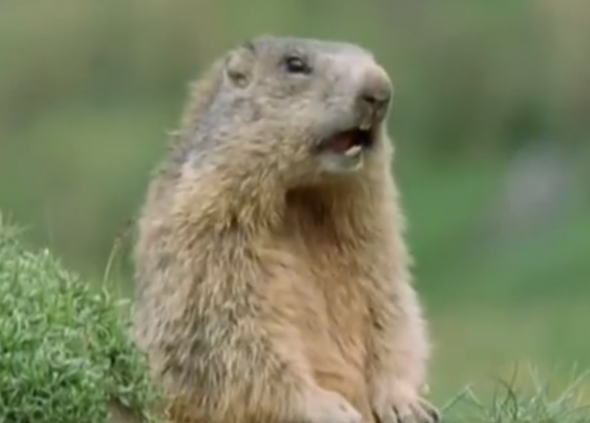 The show was aired on BBC One back in 2009…but is still as popular today on social media as it was then!

The videos include the Not-Very-Scary-Sharks, the Scratching and hip-hop loving Badgers, the DIY Orangutan, dieting Pandas, the Vultures Flying School and of course a Marmot called Alan.

Funny Talking Animals – Walk On The Wild Side Preview – BBC