Once a year South Africans have an appointment with the President of Republic at which he personally provides a progress report on government programmes as well as detail plans for the upcoming year.

This year the State of the Nation Address take place on Thursday at 7pm. It also marks the start of the annual sitting of both houses of Parliament.

South Africans can follow President Jacob Zuma’s address on television and radio stations or on Parliament’s website.
The government will also provide public viewing screens at several centres nationally, because we know that to most South Africans this event holds great importance. This national occasion is however not a party political event, but rather a vital interaction between the President and all South Africans.
We will hear firsthand how far our young democracy has come since freedom in 1994. Over the space of two decades, the changes have been tremendous. However, one of our biggest achievements is the Constitution that protects the rights of every South African.
Through the Constitution, we restored the dignity to our people – both black and white. It also ended all forms of legal racial discrimination, giving all our people equal rights and opportunities, regardless of colour, creed, sexual orientation, gender, language or cultural groups.
Another critical pillar of our new democracy is our Parliament. It is truly the lifeblood of our democratic dispensation and the custodian of the collective aspirations of all South Africans, united in their diversity.
Our Parliament follows a proportional representation model which ensures that virtually every constituency in the country is represented. A minority party simply has to obtain 0.25 percent of the votes to secure a seat in the National Assembly. It allows for all the country’s diverse voices to be heard and their views reflected in our legislation.
To be part of a democracy means that our involvement does not stop after we have cast our ballot. We must become active citizens and ensure we protect our country’s democratic institutions. To advance our country, we need to ensure that these institutions are stable and work towards creating a better life for all South Africans.
We can all agree that robust discussions are part of a well-functioning Parliament and a hallmark of a healthy democracy. However, it is important that these discussions and interactions are guided by Parliamentary rules so that the integrity and sanctity of this esteemed institution is maintained. It is therefore critical that Parliament’s authority, rules and processes are respected by all those who value our democratic dispensation.
One of the Parliamentary processes that should especially be respected is the State of the Nation Address. These annual addresses empower us as citizens to better take part in our democracy.
This week’s address will provide us with vital updates on the implementation of the Programme of Action which is based on the National Development Plan (NDP). Currently the government is implementing the first five-year building block of the NDP known as 2014-2019 Medium-Term Strategic Framework (MTSF).
The strategic framework sets detailed targets and indicators for the next five years’ tenure and clearly identifies roles, and responsibilities for the implementation of key actions.
The MTSF includes 14 outcomes which build on government’s work, learnings and experiences from previous administrations. These outcomes include among others quality basic education, that all people in South Africa are and feel safe, a long and healthy life for all, decent employment through inclusive growth, sustainable human settlements and improved quality of household life and responsive, accountable, effective and efficient local government.
Measures have also been implemented by the Department of Performance Monitoring and Evaluation to ensure that the five-year strategic plans, annual plans and budgets of all national and provincial departments are aligned to the MTSF, and therefore to the NDP.
An additional critical element of the MTSF is that it was designed to enable systematic and evidence-based monitoring so that progress can continuously be monitored towards reaching the NDP objectives.
The State of the Nation Address is a momentous occasion that all South Africans should tune into and listen, or watch as the President outlines the government’s future programme. Let us all clear our diaries for the evening of 12 February!
By: Minister in the Presidency Jeff Radebe
Source: SAnews.gov.za 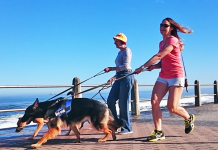