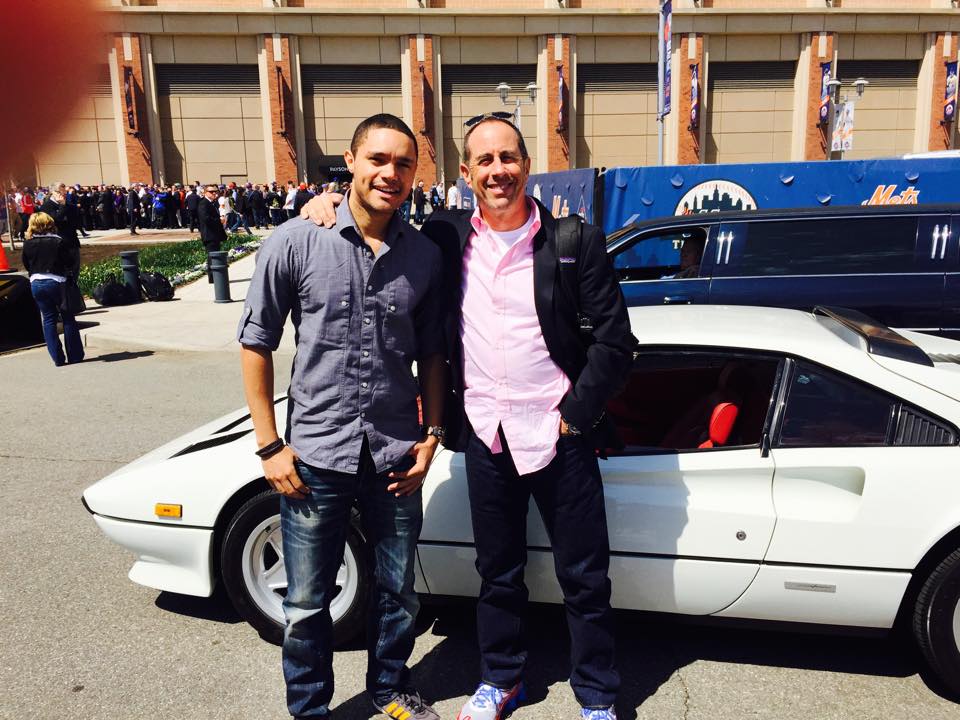 With Seinfeld at the wheel of a white Ferrari, the two discuss everything from apartheid to China, heckling to safaris, on Seinfeld’s online show ‘Comedians in Cars Getting Coffee’ which was aired last night.

Trevor summed up the show on his Facebook page this evening, saying: “I bought Jerry Seinfeld some coffee because I’m poor. Then he drove me around in a Ferrari because he’s rich.”

Trevor is poised to take over from Jon Stewart as the host of Comedy Central’s popular ‘The Daily Show’ on 28 September 2015.

At the start of the show, which was aired last night, Jerry introduces Trevor as having an “interesting, complicated and ethnic background”…referring to Trevor’s black South African mother and white Swiss father.

Jerry adds that the 31-year-old’s background includes many colours, cultures and languages but that “none of that matters – to me he’s just a funny guy”.

Sorry, this video is no longer available. But you could watch it on Cracked.

In the video Trevor reveals:

If you can’t see the video above, watch it here- http://comediansincarsgettingcoffee.com/