It dawned on me yesterday morning around 3 hours into the most boring “Game” drive of all time. I was doing brain exercises in order to ensure that I didn’t lose consciousness from the devastating cold and from the mind numbing nothingness of the experience, and in order to ensure that I didn’t slip away into a void, out of which I could never climb. South Africans, I realized, are optimists, because of the bush.

Because no matter how miserable the experience is, no matter how little there is to see, no matter how much it hurts to breath from the icy unrelenting wind that won’t stop its unrelenting icy-ness, no matter how badly you need to pee, with all the bouncing and jostling and from the 3 cups of coffee that one might, maybe have vacuumed in just before the ranger introduced himself by making lame jokes he has made since the dawn of time, we are absolutely convinced that over the next rise is a scene so amazing, so enthralling that Instagram will hardly believe its eyes.

Yep, a leopard and a lion (who is defending its cubs) working together to chase off the hyena so that they could stalk and pounce on a sable antelope that has never before been seen in these parts, all whilst a crocodile tries to snatch one of the lion cubs in its open and evil looking jaws, much to the leopard’s horror as it wrestles the little tike from the beast with the aggression of, well, an angry leopard.

And it succeeds, sending the crocodile scrambling back to a dam that seems suddenly to appear (out of nowhere), leaving us time to focus on the culmination of the kill, and just in time to film it all, upload it to Facebook (amazing that there was suddenly signal) and to tell our friends what they didn’t see (on Whattsapp). Only that doesn’t happen, and around the next bend is the same emptiness as there was with bend prior. And I still need to pee. And my phone registers “emergency calls only.”

The July holidays has instilled in South Africans the notion that no matter how bad things seem, it takes just a moment for it all to change.

The July holidays is when so many hopefuls pack up their cars and their trailers, their biltong, “snackwich” makers, binoculars, cameras and ugly hats, and lock themselves into their vehicles with their family (who they generally avoid) for up to eight hours a day in search of the nirvana, which is undoubtedly around the next bend.

It’s when from old to young are all so focused on the same pursuit and the power and beauty of nature, that electricity cuts and corruption and Isis and Iran retreat into the distance and perspective is gained fleetingly.

It’s much like going to a funeral, only more fun (on occasion). The bush is where South Africans go to regain composure and hope, and where they see proof that in a flash miracles can happen.

Not that it did for me yesterday. I realized just how bad the situation had become when the ranger began pointing out the birds in the area along with how fascinating the vegetation and terrain were.

To be clear, they weren’t, and I stole a look at some foreigners to see if they, like me, were onto him. But they were honeymooners and were more on to each other than anything else. (At that point I did thank the God of Game drives for the blankets that they had handed the newlyweds. We had young children with us after all.  And that was not the “nature” that we hoped to expose them to.)

Game reserves and game drives are part of what it is to be South African.

It’s a sub culture of its own and it has a significant impact on what it means to be South African. It has taught us that no matter how bad the politics of the country are, how bad the corruption is, how service delivery stinks and how useless our leadership is, that just over the next hill, that just where you least expect it will be found a scene so awesome and so inspiring that the whole long, unpleasant and cold drive will be worth it. Even if we still have to pee.

HOWARD FELDMAN is the author of “Carry on Baggage”, about a man who thought he travelled light. Formerly a lawyer and commodity trader, he is currently a passionate speaker and writer, focusing on cultural and social observations. Howard is the non Executive Chairman of the South African Jewish Report, South Africa’s only Jewish Newspaper and is a morning presenter on The Morning Mayhem on ChaiFm 101.9.
You can follow him on Twitter: @HowardFeldman 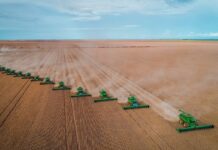 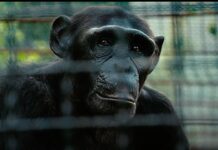 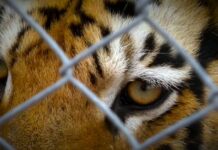