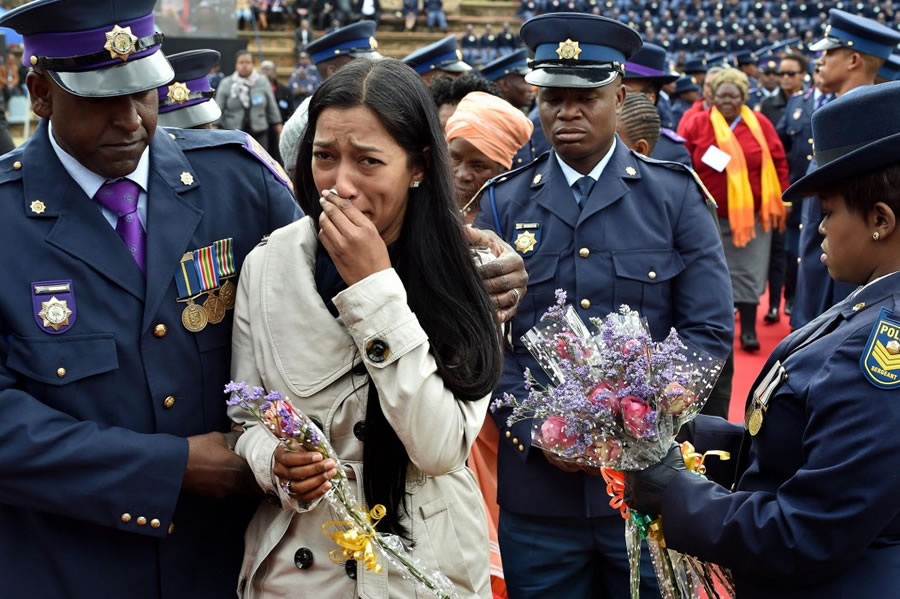 Inspiring South African businessman, former crime journalist, speaker, co-founder of Lead SA and recipient of the National Order (amongst many other accolades), Yusuf Abramjee has written a powerful letter to President Zuma, a man he has met many times, imploring him to listen to his people who are “terrorised and persecuted” and to truly tackle the country’s devastating crime.

We hereby publish the full letter, with Yusuf Abramjee’s kind permission. We hope President Zuma reads it and heeds it…

I am taking off all my professional hats and writing to you in desperation as a South African citizen deeply concerned about the levels of crime in our country.

I write as one of the countless citizens that have fallen victim to crime with the shadow of fear following our every step.

I write to you with a heavy heart for the many men, women and children whose lives are lost or destroyed by crime.

I write to you amidst the brazen war on our men and women in blue that are being sadly killed like dogs in our streets.

I implore you to imagine being an ordinary citizen without the benefit of a security detail and every measure protecting me from threats at my home, my workplace, on the street, in public spaces and in my car.

I urge you to imagine living in fear all the time. This is the environment that millions of citizens are living in.

When we raise our voices about the serious levels of crime we are accused by some of being alarmist and spreading panic across the country.

There is no doubt that the number of crimes reported in the media and on social media platforms have increased. Many incidents don’t make the media agenda at all.

You have to be blind to reality if you miss the desperation of citizens and the equal helplessness of law enforcement.

You recently attended and spoke at the South African Police Service (SAPS) National Commemoration Service at the Union Buildings.

Mr President, your assessment is correct, but talk is empty. What is being done?

Many members of the public have lost faith in the police and the criminal justice system.

Widespread corruption, poor leadership and bad service delivery has eaten away at the respect that these institutions should be able to demand.

You have employed poor leadership to key positions. The consequences are felt across the board.

The Marikana Massacre has done untold damage to the image of the police. The outcomes from the Farlam Commission was damning for the SAPS. We still have to see accountability. Many have blood on their hands and they must be brought to book without delay.

There has been no real justice for the families left destitute at the loss of breadwinners and loved ones.

Precious time and resources are spent to keep disgraced officials in their positions, purely just staving off the inevitable.

How do you expect the public to continue respecting these institutions?

How do you expect police officers to feel proud to wear the badge when their lives mean so little, reduced to lip service in an eloquent speech and another name on the commemoration wall?

The lives of our citizens count for even less it seems. Some 47 South Africans are murdered on average every day.

Mr President, I hope you will be proud of the many communities and individuals that are standing up and refusing to yield to the onslaught of crime.

Once again your citizens have to take responsibility for a problem that the state should be tackling with all means at its disposal.

The rot is so widespread, the stink overwhelming.

Even the most persistent and active individual can’t even hope to win a battle we are losing by virtue of a complete lack of political will to DO something about crime.

Mr President, you are the one person that can turn this around.

Stop catering to the politically ambitious. In fact, leave politics out of key appointments and deploy people who can do the job and act beyond reproach.

Stop patting mediocrity, uselessness and corruption on the back, sending their servants on their way with a golden handshake.

Listen to your people who are the terrorised and persecuted.

Model the way – set an example by adhering to and advancing the rights and responsibilities contained in our Constitution. Show zero tolerance to those who seek to destroy it.

Inspire a shared vision – Mr President you can make a difference. Believe it and make others believe in the vision of a safe and prosperous South Africa.

Challenge the process – Hold those who you put in place to lead their respective departments to account. If they don’t perform, they are detrimental to change and stand in the way of moving the country forward. Why should the entire country suffer one fool?

Enable others to act – Make it possible for others to make a difference. Create an environment where citizens can be heard and their ideas implemented.

Encourage the heart – Reward those who you have enabled to achieve our shared vision. Too many activists and hard workers in and out of government are being persecuted instead of celebrated. The perception that you favour the corrupt is not only detrimental to you, but ultimately impacts negatively on everyone else.

Mr President, I hope that I have been able to adequately convey my concern over the problem we have with crime in this country.

The police must strengthen the partnerships with ordinary citizens, civil society, business and anti-crime activists. Now is the time!

I know that tackling crime means tackling many other problems our country faces.

I am forever hopeful that we can overcome these challenges, but your leadership is critical to achieving this.

I am still a proud citizen of South Africa and will do anything in my power to make a difference. I only ask that the first citizen does the same.

Mr President, will you stand up for us?