The first official trailer from ‘The Jungle Book’ has been extremely well received around the world, including in South Africa where it is trending in the Top 10 on Twitter.

Since Disney uploaded the video to YouTube yesterday, it has received over 2 million views, and is being touted as “wild”, “spectacular”, “terrifying” and “fantastic” by media around the world.

Although Rudyard Kipling’s story is inspired by his years in India and not set in Africa, it resonates with many South Africans abroad with its theme of returning to the place where you belong.

Directed by Iron Man’s Jon Favreau, the movie also stars the voices of Oscar winning Mexican-Kenyan Lupita Nyong’o – as the voice of protective mother wolf Raksha, and Idris Elba (who starred as Nelson Mandela in ‘Long Walk to Freedom’) as the voice of Tiger Shere Khan.

The only human in the movie is 10-year-old Neel Sethi from New York who plays lead character Mowgli, the man-cub who has been raised by a family of wolves.

The Jungle Book, which will be in 3D, blends live-action with photorealistic CGI animals and environment. Disney says the adventure film will “swing into theaters” in April next year. 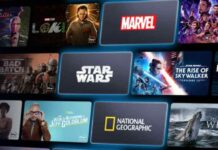 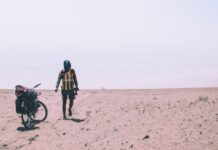