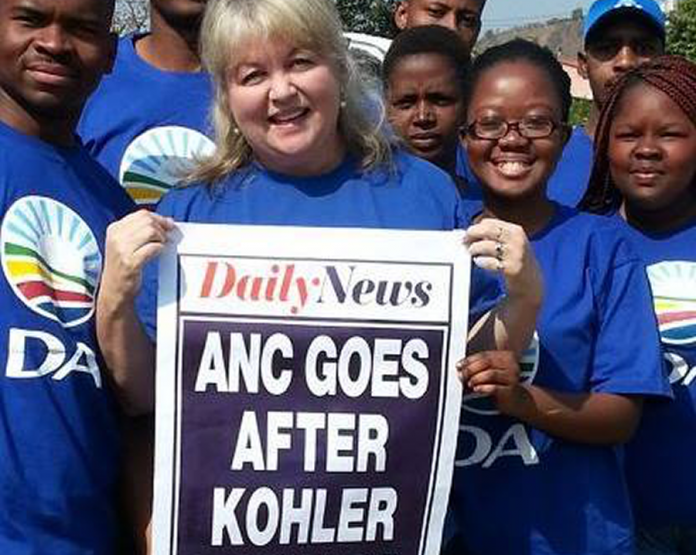 The Democratic Alliance has said member of parliament Dianne Kohler Barnard will face disciplinary action after sharing a post on Facebook that praised former president P.W. Botha, although social media is still abuzz with her gaffe.

The shared post, written by freelance journalist Paul Kirk, said: “Please come back PW Botha – you were far more honest than any of these ANC rogues, and you provided a far better service to the public …” Once Barnard had shared the post, it caused a social media outcry, both for and against the statement.

Kirk, meanwhile, has criticised the DA for its action against Barnard, saying his post wasn’t praise of Botha but an indictment of Jacob Zuma.

Barnard said afterwards that she immediately deleted the post and she apologised “unreservedly” for her action, but DA leader Mmusi Maimane said the party’s internal disciplinary process would now take place.

In a statement the DA said, “PW Botha was a tyrant, who oversaw torture and murder of thousands of South Africans. That is why our predecessors, including Helen Suzman and Helen Zille, fought against the evil system of Apartheid.”

Many detractors on Twitter did not think the apology was enough, with people like columnist Tom Eaton calling for Kohler Barnard to be fired. ANC spokesman Moloto Mothapo also said Barnard should be sacked.