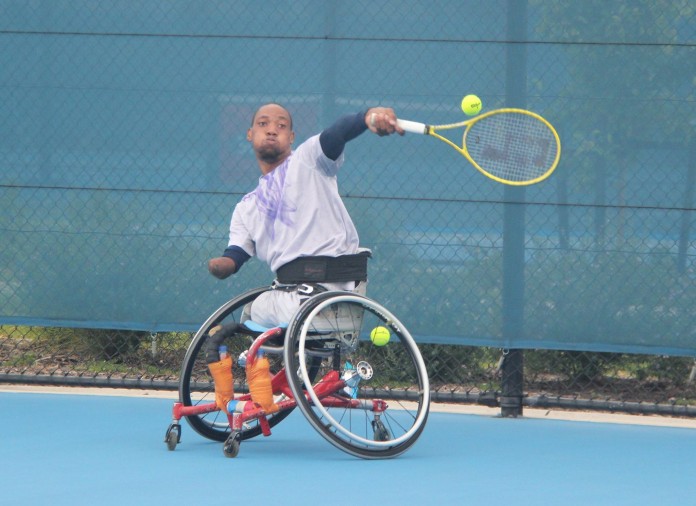 According to Tennis.co.za Sithole –  who lost both his legs and half of his right arm after falling under a train at the age of 12 – said after the match: “I enjoyed the match very much. It was great to play with David Wagner, it was our first match together and it was easy to play with him. I am extremely excited for taking the doubles title and again winning against Andy Lapthorne today.” (Sithole beat Lapthorne in the singles.)