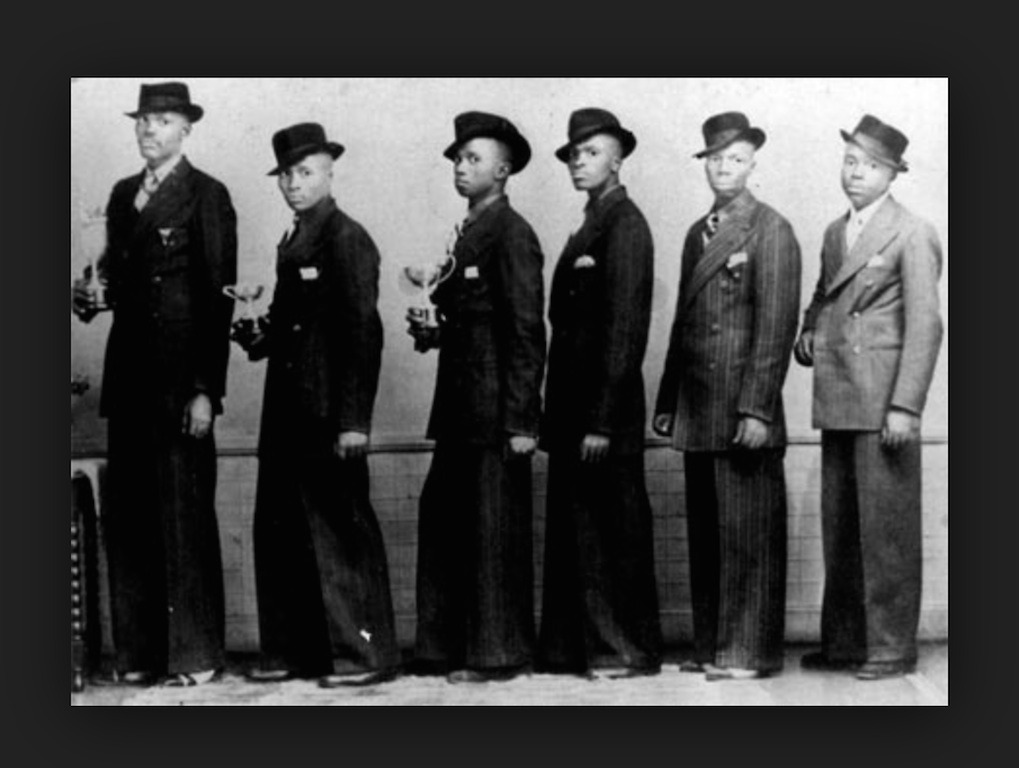 Many people know “The Lion Sleeps Tonight” – a song often associated with the movie “The Lion King” – but few people know the famous tune was born in a small town in South Africa almost a century ago.

In tribute to that song – originally titled “Mbube” – we thought we’d post several of the countless wonderful versions that have been done since it was first written by Solomon Linda, who was born near Ladysmith in KwaZulu-Natal in the 1920s. In 1939, Linda recorded Mbube – which means ‘lion’ in Zulu – with the Evening Birds, for the South African Gallo Record Company.

Here is the 1939 version sung by Solomon Linda (standing on the extreme left) and the Evening Birds:

Mbube, according to Wikipedia, became its own form of a cappella singing by men – later popularised by Ladysmith Black Mambazo – although one of the famous versions of the song was by Miriam Makeba (see the video below).

Miriam Makeba singing “Mbube” in the first of part of this performance in Stockholm in 1966:

By 1948, the song had sold over 100,000 copies in Africa and “among black South African immigrants in Great Britain”, according to Wikipedia.

Even though it was sung by numerous people, including Yma Sumac and Tommy Dorsey, it was doo-wop group The Tokens who made it famous as “Wimoweh” or “The Lion Sleeps Tonight” in 1961. American lyricist George David Weiss wrote the words for the English version.

Another more recent local version, of “Mbube”, by the Soweto String Quartet:

When the movie “The Lion King” used the song, South African journalist Rian Malan wrote a story about how much money the song had made, about $15 million. The article, according to Wikipedia, led to a lawsuit by Linda’s descendants, who later reached an agreement with the music company that owned rights to the song.

The song was also used in the first film version of “Cry the Beloved Country”, “Long Walk to Freedom” and Eddie Murphy’s “Coming to America”, among others.

Yma Sumac does a powerful version of the song: