Real or fake, the ‘Snowboarder Girl Chased By Bear’ video on YouTube has had more than a few people guessing – clocking up over 2.8 million views in a couple of days.

The video, posted by a ‘Kelly Murphy’ – who only created her YouTube account on 5 April – appears to show Kelly video-ing herself while snowboarding, oblivious to a bear chasing her in the background.

Some have pointed out that it’s sad evidence of how self-obsessed today’s generation is! And others have said this must be fake because nobody sings Rihanna’s ‘Work’ that badly.

The UK’s Daily Mail wasn’t sure and said it could be plausible because Asiatic bears are sometimes seen near the Hakuba resorts and people are warned over loudspeaker when they’re spotted. This is also the season when bears do come out of hibernation.

Kelly wrote on YouTube: “OMG! I was going through my snowboarding videos and I found a bear chasing me!!! I nearly got eaten!!! This was at Hakuba 47 in Japan, filmed [9 April]! Be careful people!!!” Hmm, maybe she meant be careful of fake videos! 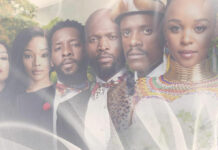 Fights, Heists and Sex Scenes: Revisit the Best Moments of The Wife in Behind the Veil 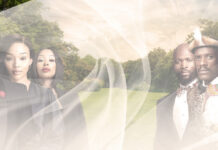 Trailer Alert: Go Behind The Veil on The Wife in Showmax’s 8-Part Special