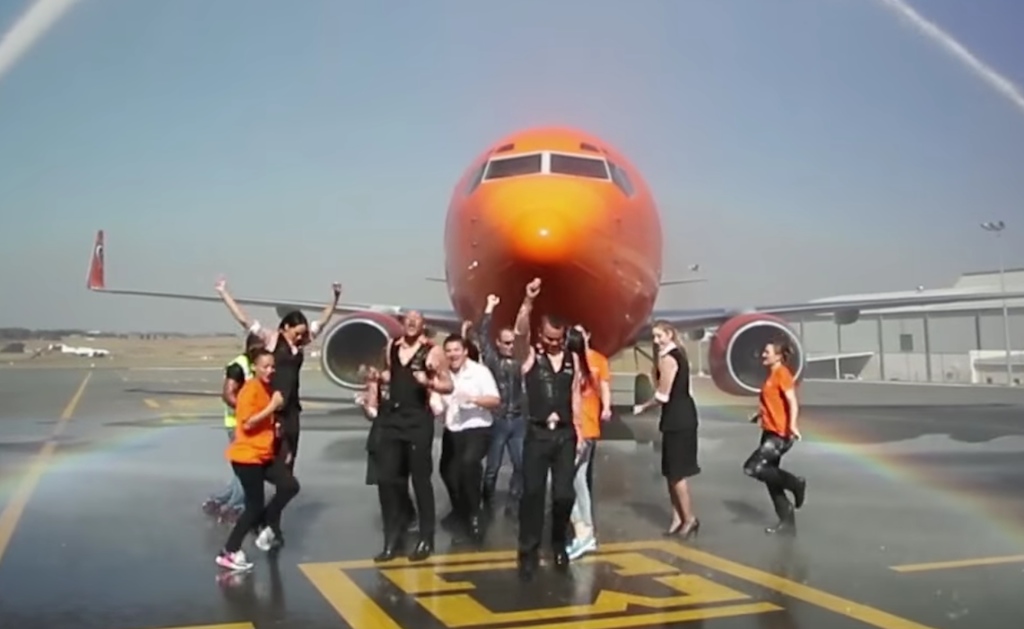 It’s a random challenge that’s just gone viral for no particular reason, but the crews on four South African airlines – so far – seem to be having a lot of fun doing it and competing against one another in the process.

The #RunningManChallenge, which was started by two American basketball players apparently, is to do a variation of the running man to an old ’90s hit song called “My Boo” by Ghost Town DJ’s. Airlink, Mango, kulula and FlySafair have all posted videos of their crews dancing.

One after the other airline challenged each other to a dance-off. No South African Airways or Comair in there – yet.

They are all pretty darn good, but if we had to rate them on their dance moves, we’d say:

The Crew that Seems to be Having the Most Fun:

The Crew with the Seriously Best Dance Moves:

The Crew with the Best Moves to Go With the ’90s Style of the Song:

The Crew with the Best Terminal Boogie: