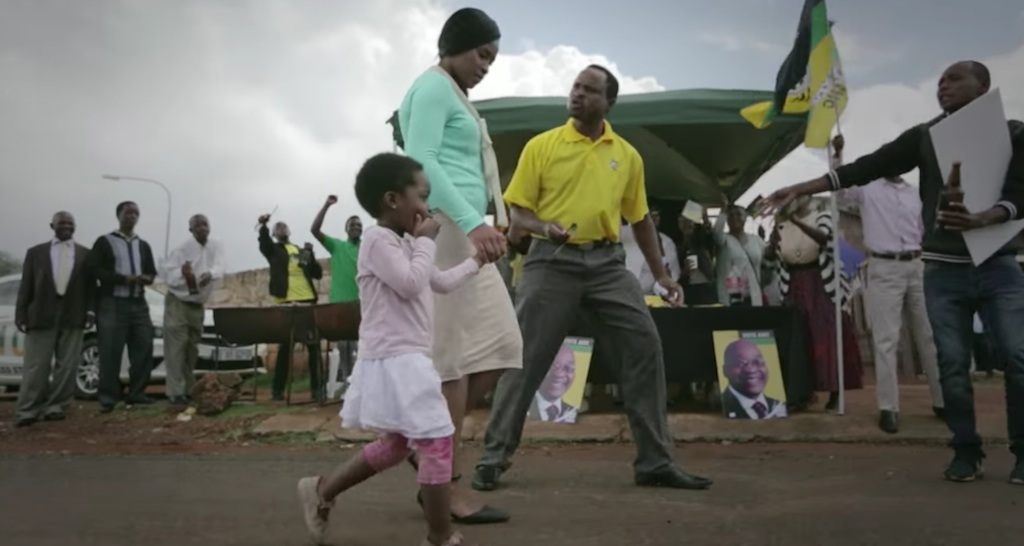 An ad by the Democratic Alliance that has been criticised by Nelson Mandela’s grandson for using the former ANC leader’s voice has been seen over 100,000 times on YouTube and Facebook in two days, the DA said on Monday.

The ad shows a young mother leaving home with her child to go to the polls, whereupon they pass numerous shacks and homeless, unemployed people. Then she has to make her way through a crowd of ANC members.

She is about to put her cross next to the ANC box when she hears the voice of Mandela saying, “Let there be justice for all, let there be peace, let there be work, let there be bread for all”. Then she changes her mind and votes DA.

Mandela’s grandson Mandla Mandela, who is an ANC member, reportedly was angered by the use of his grandfather’s voice in a DA ad. A DA spokesman was quoted saying that Mandela’s legacy was for all South Africans, and the DA said that the ANC could take the DA to the Electoral Commission if it had a complaint.

The ad was aired on the SA Broadcasting Corporation on Sunday night, according to a statement by the DA on Monday.

“The DA’s latest election advert has within the last 48 hours received more than 100,000 views across Facebook and YouTube. The advert was also aired last night on SABC 1, and will continue to flight for the rest of the election campaign,” the party said.