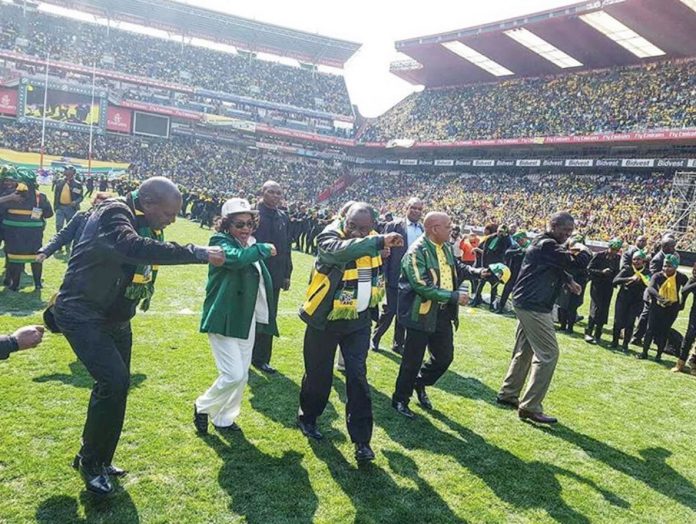 PRETORIA – The first lot of votes has been counted in South Africa’s fifth democratic Municipal Elections, which have been described as the most hotly contested since 1994.

By 1am, the African National Congress (ANC) had secured 53.47 percent of the votes, the Democratic Alliance (DA) had received 32.95% and the Economic Freedom Fighters (EFF) had only 5.03 percent.

In Gauteng, by 1am, the DA was leading ever so slightly with 43.6 percent and the ANC just behind with 42.55 percent.

A couple of hours after polling stations closed, former DA leader Helen Zille tweeted a comment about University of Cape Town students which led to a twitter storm, and several tweets mocking any black people who had voted for the DA. (See tweets below.)

Zille’s tweet said: “If this woke bunch hate being UCT students so much, pls help them out of their misery and withdraw their funding” in reference to a newspaper article.

If this woke bunch hate being UCT students so much, pls help them out of their misery and withdraw their funding. pic.twitter.com/MnfdFVWB11

An hour later she tweeted the following:

“Response to my tweet: Students show they love being at UCT but have to pretend they don’t and hate people pointing out the contradiction.”

See the reaction and more tweets at the bottom of the page.

At an Electoral Commission briefing earlier Wednesday morning, the IEC said polling stations across the country opened their doors to millions of voters at 7am. Stations officially closed at 7pm, even though those who arrived at voting stations before the cut-off time were still allowed to make their mark after 7pm.

Leading up to the 2016 Local Government Elections, there were over 26 million voters on the national voters’ roll. The true reflection of how many of these registered voters cast their ballot will emerge as results continue to stream in from the country’s 22 612 voting stations.

“We’ve reached the moment that we’ve all been looking forward to and it’s a moment of pride as a nation that once more, we have conducted our elections,” the Electoral Commission’s Chairperson Glen Mashinini said on Wednesday night.

Independent candidates garnered just over 22% of the votes counted so far. Most stations, said Mashinini, opened on time.

Inclement weather conditions in many parts of the country, especially in the Eastern Cape, KwaZulu-Natal, Free State and parts of the Northern Cape, affected proceedings where temporary structures had been used. In some instances, proceedings had to be moved to other venues to allow voting to take place in environmentally secure conditions. At least 30 tents were reportedly significantly affected by gale force winds.

The IEC printed a record 73.9 million ballot papers for these elections. These ballot papers include 4 649 unique ballot papers representing political parties and independent candidates contesting each municipality and each ward.

Security around election proceedings was also beefed up, with over 75 000 police members deployed countrywide to ensure a safe and successful election process.

Results will continue coming in throughout the course of the night.

The IEC is scheduled to hold a media briefing at 11 on Thursday. – SAnews.gov.za