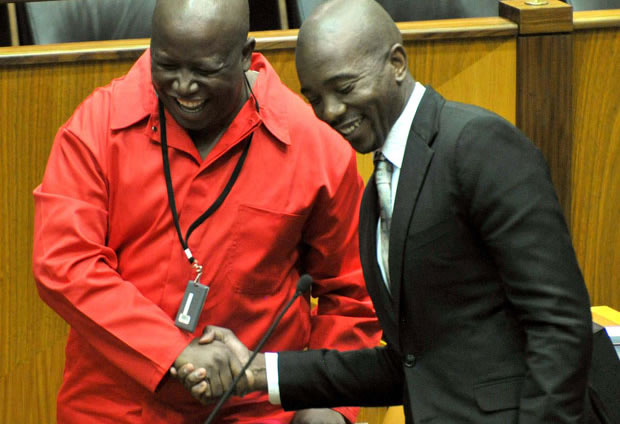 The local elections ten days ago sent loud signals to all but the stone deaf, of which there remain many. Compared to previous national jousts, many walked away from the ANC, NFP or Cope; many of whom elected then to vote DA, EFF or IFP. Or stayed away in disgust.

But in 27 municipalities (10% of the total!), including four major metros, it resulted in hung councils, with no single party gaining a winning outright majority, and either coalition or minority governing to be the outcome.

Coming days will be a hotbed of dealmaking. Which way will it go, with what possible results? All permutations cannot be imagined, leaving a scope for big surprise (and outright denial until it happens).

The most predictable and likely viable outcome will be Nelson Mandela Bay (PE) where the DA got enough support to be able to offer deals to minority parties such as Cope, UDM or IFP to get a viable council. The minor partners have today enough common ground with the DA to cut workable deals.

Tswane seems out of reach for the ANC without the EFF, yet the entry ticket demanded by the EFF (too many national heads must roll) is too stark a one even for politics as rich in Shakespearean backstabbing as we know it. The ANC may not have the stomach to go on bended knee, never mind bend a truly stiff neck. It remains nationally the bigger party.

So Tswane is for the DA to mess up. It could, but will it? It too would have to cut an EFF deal, plus the odd additional splinter party. The question raising its head: desperate enough to take the big prize, trying to replicate Cape Town delivery results but instead to be sunk by impossible demands of the junior partner? Or losing a major opportunity and being also punished for staying out of it?

In Johannesburg, the ANC would need the EFF (just), but the entry demands are too demanding? Here is another opportunity for the DA if it can find common cause with the EFF. But would that price also be too stiff, or could agreeable trade-offs be negotiated benefiting all, and keep all partners inside the tent?

The elephant in the room is an increasingly restless electorate freed from old shackles and democratically casting around for who could do most for him/her. Our political democratic maturing is matching our rate of urbanization after all, intensified by severe under performance by the ruling party.

But loving and leaving them once makes next time around that more easier to apply the culling knife. The crying need for delivery of promises made and reason for giving the vote has become an unstable proposition. Deliver and you may be rewarded again, even some more. Fail, and fail horribly.

This latest election may have created over a million and a half of such potential switchers, with another million switchers in the wings, previously persuaded but still capable of moving back to the mother ship if the new boys can’t deliver either and the old siren calls reconnect. And then there were all those freshly grounded stayaways, also counted in hundreds of thousands, if not million plus.

So you can’t only progress forward. You can also fail miserably and regress, give even newer splinter parties scope to flower or return to the mother ship. It may make for an increasingly lively democracy, but potentially an unstable one for a long interim in which our true collective soul tries to define and find itself.

So if electing to govern, or not to govern, it better be the right decision for otherwise punishment may await. But the alternative is true, too. Succeed, and succeed wildly as the modernising electorate doesn’t seem finished sniffing out winners and giving them a greater chance, while punishing old have-beens on denial treadmills going nowhere, except in their archaic, arrogant selfish ways.

Having established THAT, what is the true material of our proposed marriage partners? Matches made in heaven, or mismatches conceived in hell after which much purgatory (this business of acting in haste and repenting at leisure, so long ago summed up by the good Doctor Samuel Johnson)?

Here, frankly, the first instinct is not for love at first sight, but rather ghastly despair about the clothing tastes and revolutionary candour. You want me to sup with the devil, with a short spoon to boot? Nuts, are you?

Yes, but they could be amenable and convertible? The EFF doesn’t demand any DA heads, only monopoly white capitalists on sticks. Between friends, that could be arranged? Then again, instead of going the negative route, let’s focus on what is deliverable at local level to showcase both our readiness to govern: do I hear urban housing, do I hear jobs, do I hear water access, especially during droughts, do I hear functional municipal offices rather than knocking shops for the well-connected?

It might well be, after all, that our freshly minted revolutionary populist radicals with snazzy red berets could be persuaded to be genuinely pragmatic in the short term, and find a way to latch on to people with a proven record of being able to deliver, while keep their bigger demands national and longer term, with real determination seeking recapture of the ANC minus its old tired pettifogging brigade.

Perhaps a small chance? Or gigantic opportunity? Only the negotiators worth their salt will know what fish they have on the line.

Can the declining old party still reform from within and magically re-arise from this current dead-wish spiral? Anything is possible, but for that there must be either immediate willpower or an extended sojourn in the desert wilderness, to be truly humbled by failure, and learning from it.

Being mostly of Shakespearean backstabbing variety, we could still encounter enormous surprises from the old ANC suddenly throwing a tantrum and its current batch of riders in favour of something much more attractive. As the EFF search is for various heads on sticks, one needs to throw the reform net wider for a ANC reform from within to become politically viable, and the EFF overnight to lose all lust for the DA and preferring to go with her old mentor dog.

But for that to happen, much needs to happen, indeed so much so that it defies far more than the already outrageous proposition that opposites (DA and EFF) attract. Truth is, they aren’t such opposites in one crucial dimension: they both crave performance and abhor incompetent corruption,

Besides, it will not have been lost on Julius that extreme protest has a limited brand appeal in modernising SA. Give me bread, not your bully boy behaviour. So protest equals performance, not necessarily radicalised breakdown? Time to fine-tune the revolution to focus on delivery with people who have shown by doing, though not quite trusted by all?

It is a fascinating set of challenges. And the EFF can so easily make the even bigger mistakes in choosing the wrong options. This isn’t only a DA prerogative.

As to the ANC, it will struggle to reform from within and improve its act in the majority of cities where it will still govern, not because this is beyond it but because of by now ingrained cultures of nepotism, corruption and assorted ills.

If next door, DA/EFF delivery machines prove more capable of making a difference on the margin, reversing old dead-spirals, and setting a new trend course, the revolt epidemic of 2009-2016 could spread and deepen quite quickly to surrounding councils, even far afield.

So the challenge is well defined: positive deals or fake ball busters aiming for yet more grandstanding in the hope of lifting the radical revolutionary ceiling? Is it to be pragmatism or ideological fervour to the fore?

As Queen Victoria said famously of someone German (was it Bismarck?), and Maggie Thatcher famously said of Gorbachev a century later, someone we can do business with? Or will it prove beyond them?

There is a lot of crackling atmosphere around at present. Let’s hope it isn’t all wind, and that she lays her egg (or two or even three big ones) with great contentment.

Over to the negotiators. They will earn their pensions into perpetuity this week, remembered by a grateful nation. Or may they otherwise rot in hell for not seeing their way clear to do sensible things differentiating themselves from the old hegemony preceding them and now rapidly going into fatal dotage unless making an ever greater effort of will to serve the people rather than themselves.

Fun times these, to be around. Watch markets for an early vote, sink or swim. And of course the rating agencies in December. I sense they will give us another year, possible even more, to show what we can do. Benefit of the doubt given few in this world. But then we are special: we are us. 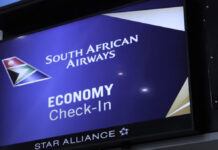 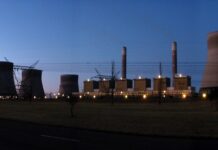