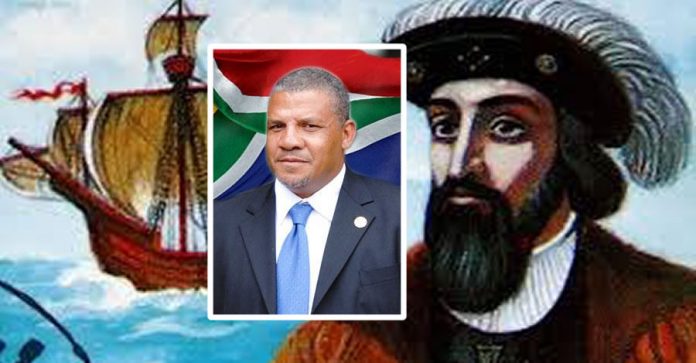 JOHANNESBURG – Democratic Alliance (DA) Councillor Vasco Da Gama has been elected as Speaker of the Johannesburg Council… and it’s – predictably – launched a wave of tweets:

…and cue the sailing and sailor puns. And go!!! #VascoDaGama #JoburgCouncil

Jesus is back and he didn't come back alone. #VascoDaGama https://t.co/xyFiM3LIar

Admiral of the Seas of Arabia, Persia, India & all the Orients, and now Speaker of @CityofJoburgZA, #VascoDaGama

I'm sure the new mayor will be #JanVanRiebeeck after #VascoDaGama anything is possible.

Who knew #VascoDaGama would be sailing back into history https://t.co/PQl7GMGLpq

Having lived in over 14 countries I can honestly say I haven't enjoyed politics as much as in SA!!!
#JoburgMayor #Elections2016

Hmm, there is also this Portuguese Restaurant in Green Point….. #VascoDaGama pic.twitter.com/YcFDocZJs9

#VascoDaGama elected speaker at #Joburg Metro Council. What a name! What a moment! Any bets who's gonna be mayor?

My money is on #VascoDaGama to help sail #Joburg out of troubled waters @Our_DA pic.twitter.com/Yluaj1F822