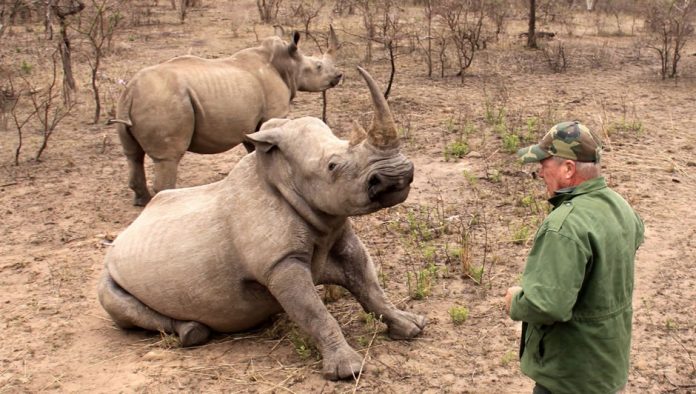 The past fortnight in KwaZulu-Natal has been brutal, one of the worst since the rhino poaching war began. According to veterinarian Dr Dave Cooper, over 14 rhino deaths were discovered in protected areas of the province in the last two weeks.

Writing on his Facebook page, ‘Wild Vet’, Dr Cooper – who has been protecting South Africa’s wildlife for decades – said: “Yesterday honestly rates as one of the lowest points in my life as a wildlife vet, pretty much an emotional breaking point – but it’s not the first time; it’s something that is happening far too often.

“I don’t think it is possible to explain to somebody who hasn’t experienced this nightmare, what even one death scene does to you. It’s traumatic and haunting, and cannot ever be erased from your mind. I’ve attended over 400!!

“So, how was yesterday even worse than all the others?

“Well – at first light on Saturday I flew out to do a post mortem on a dead rhino discovered the previous day. (I had been at other poaching scenes on Thursday and Friday already so this had to wait until Saturday).

“While flying, we discovered a second body. Then a third. And then a fourth. FOUR! Can you even try and imagine what it’s like to experience so much death and destruction, all the time?!

“And then – just as I arrived at our friend’s home at midday, the phone rang again with news that there was a tiny orphaned calf, from one of those murdered rhino.

“And so another mad race back to the game reserve to get to him in time, all the while thinking this was going to be number five!

“The poor little guy is only about three months old, small enough to load in the helicopter. It’s always touch and go. But thankfully, with the devoted attention of my colleague Dumi Zwane all night at our bomas (and with 9 orphans, THAT’s a full time job too), the calf has started drinking and looks like he’ll be ok.

“If he hadn’t made it I’m not sure what I would have done.

“I just cannot describe how utterly hellish yesterday was for all of us out there.

“This is just TOO MUCH now!”

As the anti-poaching war has achieved increasing success in the Kruger National Park, it appears poaching syndicates have shifted their attention and operations to KwaZulu-Natal.

Tomorrow the much-awaited trial begins of an alleged rhino poaching ‘kingpin’ in the province – Dumisani Gwala.

Saving the Wild founder, Jamie Joseph – who is on a major mission to end the corruption within the rhino poaching ‘industry’ – says that when she walks into the trial tomorrow “I come as one, but I stand as hundreds. I stand for Dave, and I stand for all the rangers in Zululand that have to deal with this wildlife genocide on a daily basis. And tomorrow, there will be revenge…”