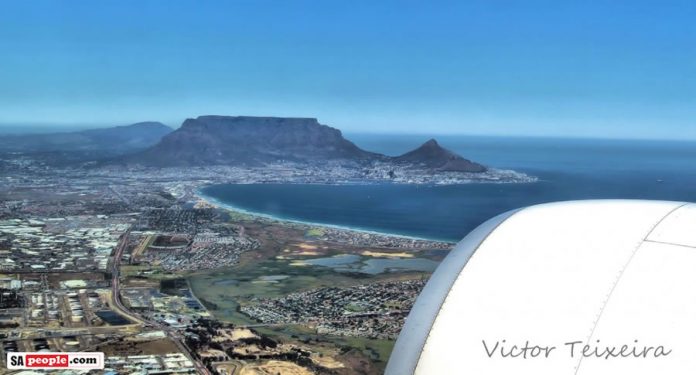 PRETORIA – Home Affairs said at a meeting today that it is necessary to take fingerprints of all tourists or travellers visiting South Africa; and re-stressed the importance of all children to travel with the right documents. Home Affairs Director General Mkhuseli Apleni said Wednesday that this helps to identify the person, especially when a crime has been committed.

Speaking at a meeting attended by key tourism and immigration stakeholders in Pretoria, earlier today, Apleni emphasised the importance of taking fingerprints of all the people visiting the country.

The purpose of the meeting was to discuss developments on the immigration regulations.

At the time, the department said the biometric capturing system will be rolled out at six of South Africa’s busiest land ports of entry.

With regard to delays, Apleni said they are currently working on ways to avoid delays especially at OR Tambo International Airport.

Apleni shared his hope that all other countries would follow suit using the biometric system to avoid delays at ports of entry. (Some countries have been doing this for a while.)

“People don’t have to wait long to have their fingerprints taken. Capturing of fingerprints of foreign nationals helps identify them when a crime has been committed. We also want to know every individual who is in the country,” he said.

Currently, the system is being used at OR Tambo International Airport and is expected to be rolled out at other major airports.

Malan said there has been an increase in the number of tourists arriving in the country.

“As a sector we feel we haven’t reached our potential as yet, there are some areas that needs further engagement and we will continue to engage with the department,” she said.

She emphasised the importance of having children’s details when travelling outside the country.

In June 2015, stricter requirements were put in place for children under the age of 18 and travelling to or from South Africa, whether they are citizens or from abroad.

A Parental Consent Affidavit must accompany an Unabridged Birth Certificate or Equivalent Document when any parent is not travelling with his or her child.

Parents traveling with their children are required to apply at any Home Affairs office for a fee of R75. They need to take their Identity Documents and the child’s abridged birth certificate. South Africans abroad can apply at their closest embassy.

The new law is aimed at curbing child trafficking.

Home Affairs is putting on additional personnel, and extending operational hours during the festive season to help with the busy holiday crowds.

Systems down at Home Affairs

PRETORIA – The Department of Home Affairs has announced that the Live Capture System at its offices is unavailable due to technical challenges.

“Services that are affected include Smart ID Card and Passport applications as well as collections. Birth, Marriages and Death services are not affected,” the department said on Wednesday.

The Department has apologised for the inconvenience caused and assured members of the public that the matter is being attended to. – SAnews.gov.za