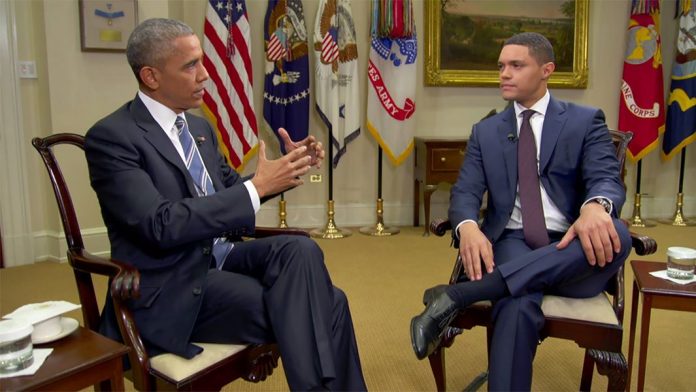 Nodding, the President – a master of one-liners himself – quipped: “Similar.”

They both also share an overwhelming appreciation for their mothers, as evidenced in Trevor’s recent autobiography ‘Born a Crime’, a collection of stories about growing up in South Africa of which he admits he began writing about himself but realised halfway through was an ode to his mother.

During the interview, Obama said he is always honest but uses “diplomacy” in dealing with some people, and edits his language because there are children watching. “I try to comport myself in a way my mother would approve of,” he said.

If you are unable to view the above, try watch the excerpts below: