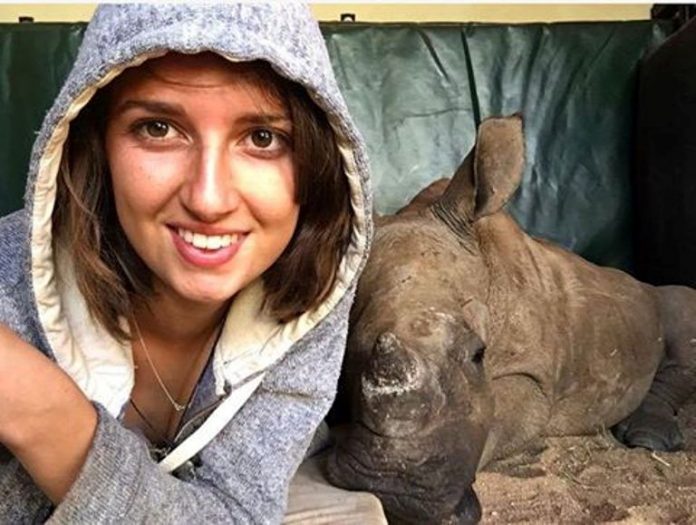 Megan Richards worked as a volunteer at Fundimvelo Thula Thula Rhino Orphanage for a year – from April 2015 to April 2016 – and in that time she cared for both the rhino orphans, Impi and Gugu, who were lost through the horrific and tragic poaching attack that happened early last week. It is Megan who set up the emergency fundraising page that has raised an incredible $49,505.00 (R648,515) in less than 10 days. Here are Megan’s thoughts in a piece she has kindly shared with SAPeople – “Be The Good”…

Be The Good… by Megan Richards

Sometimes it can be incredibly difficult to believe there is any good in the world, it is for this reason that you, yourself, should be the good.

I am saying this today because following the terrible events that unfolded last week at Thula Thula Rhino Orphanage I felt absolutely broken, my soul was shattered and if I am being completely honest with you… I had lost a tremendous amount of hope.

I was in the deep, dark rabbit hole of distress… but even in this darkness I had a glimmer of hope remaining.

I used this drop of hope and created a crowdfunding campaign in the hope of making some kind of a positive difference to the orphanage. Before I knew it there were others who also had hope, bringing light and love into the darkness.

Many people from all over the world were stepping up by donating money and raising awareness, by being the good!

So many people brought their glimmer of hope and helped to drive out more and more of the darkness. In this case, we very quickly managed to raise huge amounts of money (over $49,000) for improved security at the orphanage!

What a truly wonderful thing to happen during such a terrible time. So many people uniting is a very strong and effective occurrence, and it is as a result of each and every individual… because every single glimmer is needed in order to make the light shine bright.

It has been this widespread pouring of light that has helped me to remember that we must not only never lose hope, but we should also always be the good.

The most damning thing in the world is to think that you do not make a difference.

Every single thing you do and action you take has an impact on the world around you. You make decisions all day every day that make a difference; so take this as a friendly reminder to always be the good in the world… (You never know who you are helping up by doing so).

I would like to thank each and every person who has helped in whatever way  to bring light during such a dark time.

The initial goal was to raise $6,300 to provide additional security for 4 months to keep the rhino calves safe from poachers’ attacks. With the amount raised, there is almost enough to secure the work for one year!!! Megan says: “So please keep on sharing as the more money we raise the better security we can provide and the longer we can provide it!”

Please use Thula Thula’s recommended fundraising avenues, which include: