In 1980 there were 127 000 commercial farmers serving a population of 25 million people. As a result South Africa used to feed nine neighbouring countries… writes MENZI SOLOMON SHANGE.

In 2016 there are only 30 000 commercial farmers left serving a population of 55.9 million people. The ANC are well informed on this statistic but show no concern.

We are now a net importer of food, where we used to be a net EXPORTER of food, yet the ANC show no concern, even as the Rand devalues substantially, eroding our purchasing power.

The ANC have successfully manipulated a scenario where we are only a few years away from facing tremendous food shortages that will result in human suffering and hardships for all South African citizens, a humanitarian crisis beyond anyone’s comprehension.

The danger to South Africa is not Jacob Zuma, but a citizenry capable of entrusting a political party like this. It will be far easier to limit and undo the follies of a Zuma presidency, than to restore the necessary common sense and good judgment to a depraved electorate, willing to have such a man for their president, who would undermine our future food supply.

The problem is much deeper and far more serious than Zuma, who is a mere symptom of what ails South Africa. Blaming the prince of the fools should not blind anyone to the vast confederacy of fools that made that prince.

The common values that draw all good South Africans together is under threat by an elite-black government that is rotten to the core, and obsessed with self-wealth accumulation. Deep down the ANC is embarrassed by its own lack of black values, and is propped up by a group of blindly loyal voters who are starting to awaken to the two decade-long foolery that has occurred.

With the ANC in power, they did nothing to further the cause of Africans. No advances in agricultural production, no investment in manufacturing, unforgivable dumbing down in educational standards, blatant avoidance of much needed land re appropriation, and massive neglect of infrastructure and service delivery.

The ANC made no effort at unifying black languages. They did not set up schools and universities or teach black languages/culture on any significant level. In fact, ANC leaders made a point in sending their own children to be taught in English. Many seemed deliberately to choose schools where most of the teachers are non-black. With good schools for their own children, they betrayed our children with a truly awful schools, all whilst promising they would do better. Our black leaders betrayed us.

A betrayal that cannot be forgiven. We cannot stand for this any longer.

For the citizenry to awaken, they need to understand that our leaders are not who they appear.

It is clear that the ANC leaders and their cronies are predominantly ‘Afro-Saxon‘. The louder they shout about African values, the more ashamed they are of them. A deep and profound self-doubt about their African identity cripples them psychologically, and manifests itself in resentment, as you can read almost every day in the sections of our newspapers, and as revealed by deflecting blame at easy targets. Targets like – Minorities, The West, Apartheid, The Weather, White Monopoly Capitalism… yes, it’s all been a game of deflection!

Whenever you hear an ANC politician calling for “African solutions for African problems, you know that by “African solutions” he means a German car, English suits, Italian shoes, a clinic in London and, above all, education for his children in a European language. Do I dare mention the name of the most famous Afro-Saxon, Robert Mugabe?

The African leaders who have these self-doubts are painfully aware that other proud cultures have no such self-doubts – other cultures are proud of their advancement, their traditions, their language, their ability to thrive and self-sustain. Clearly the ANC lack this pride in South Africa, otherwise why knowingly erode our ability to sustain our own long term food supply?

The secret is now public – our ANC rulers doubt their true identity as Africans, in fact they relish in their secret hatred for their own people, enough to where they would actually create a master plan for the starvation of millions in order to continue their domination.

Millions of us in South Africa are now aware of this trickery and deception.

It is time to remove the self doubters and those who plan for the starvation of our country, and put a halt to the suffering of our people.

Please Note: The views and opinions in this article are those of the writer and do not necessarily reflect those of SAPeople.com.

MUST WATCH – Julius Malema, EFF Will Vote with ANC to Take Land

Julius Malema declares that the EFF will vote with the ANC on Expropriation of Land without compensation. 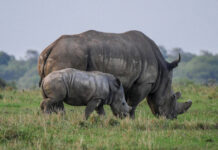 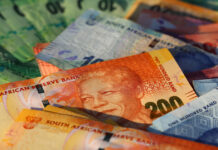 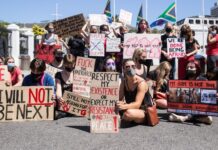 Cape Town GBV Protest: Call for Sex Offender List to be Made Public

John Varty Praises the Running of Kruger Park 40 Years After...