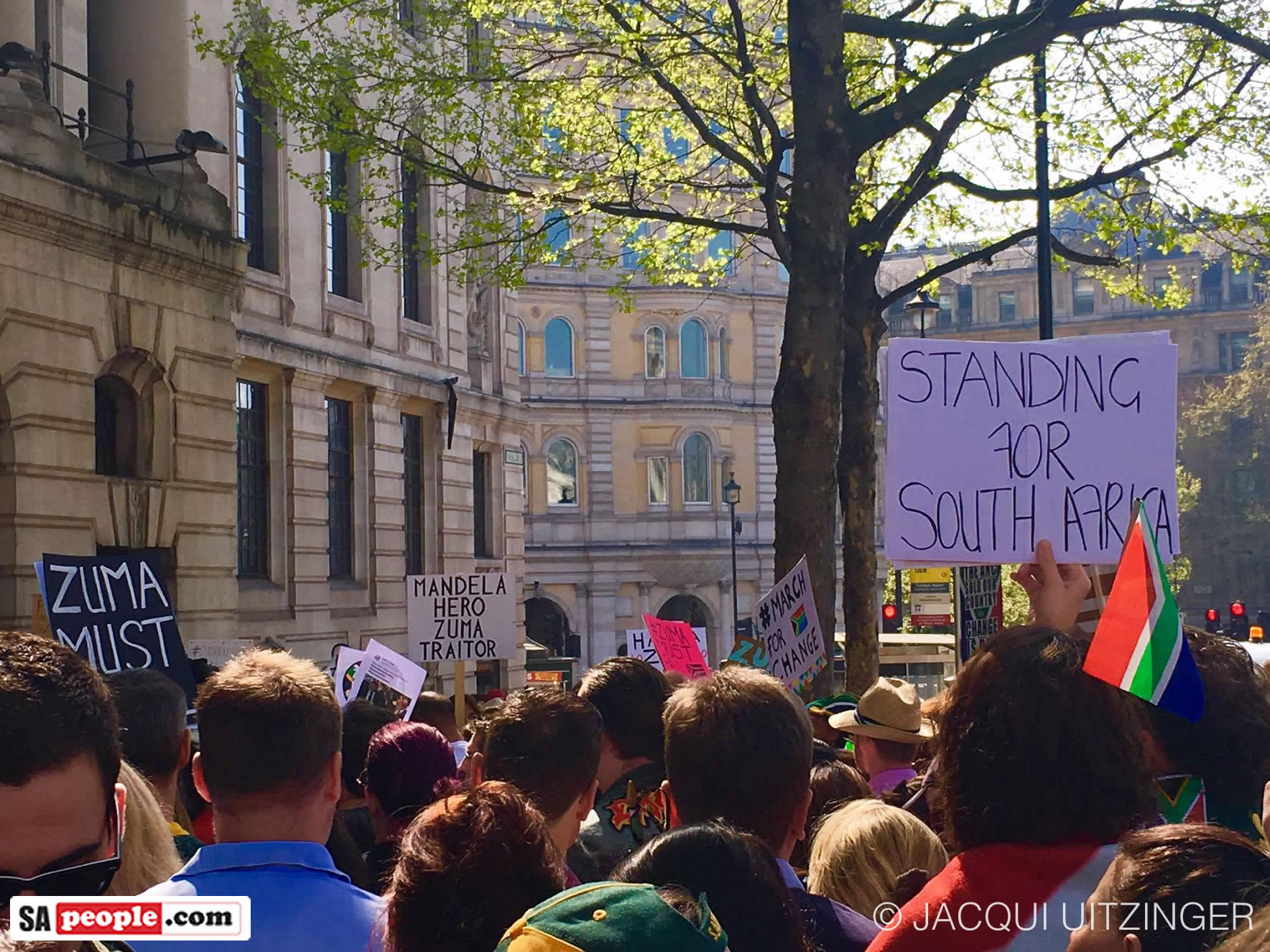 South African expats in London, UK, gathered at South Africa House in Trafalgar Square today – Saturday 8 April 2017 – to stand in solidarity with those back home, who marched yesterday. It has been an incredible week of peaceful protests and unity for South Africans around the world and from different political parties and backgrounds… all desperate to remove one man they believe to be corrupt from leading their country into the ground. After this week, many feel there is more hope than they realised possible…

Photos by JACQUI UITZINGER and videos by CHAREEN RAE and SUE NEWMAN. Like many SA expats, Chareen Rae (who filmed this) told SAPeople: “It was a wonderfully united and goosebumps experience for both my daughter and I… and now we both miss home terribly ❤”

Video by Sue Newman: “More of a protest than a march but singing the national anthem with fellow South Africans still gave us all goosebumps!”