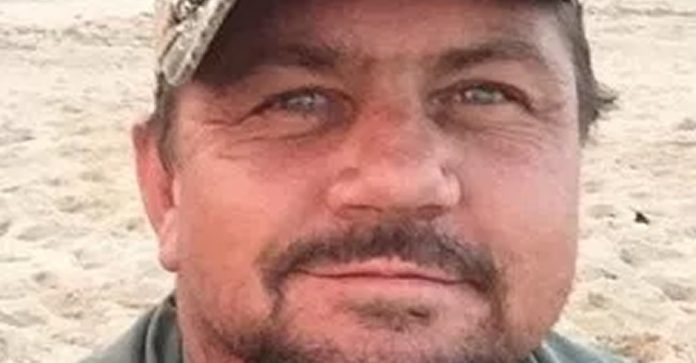 BULAWAYO, ZIMBABWE & JOHANNESBURG, SOUTH AFRICA – The safari fraternity is mourning the loss of Scott van Zyl (44) after the Heritage Protection Group (HPG) confirmed the positive results of the DNA tests conducted by Authorities on the identity of the remains found in the stomachs of three Nile crocodiles.

This is how the search and rescue operation unfolded:

Saturday, 8 April 2017:
As soon as he realised that Van Zyl was missing, Van Der Merwe contacted the Zimbabwe Professional Hunters and Guides Association (ZPHGA) as well as the Limpopo Hunters Liaison Forum (LHLF) and activated a search and rescue operation. The ZPHGA/LHLF then contacted various operators in the area on both sides of the South African and Zimbabwean border for ground and air support.

Before last light, a group of local fishermen directed the ground team to Van Zyl’s backpack lying on the Zimbabwean bank of the Limpopo River.

Monday, 10 April 2017:
Members and volunteers of the various organisations involved in the search and rescue operations assisted by providing the search parties with much needed fuel and equipment, relieving the ground crews, and transporting the Sub-Aqua Team from Bulawayo.
The convoy met up with regional representatives of the Zimbabwe Tourism Authority (ZTA) and the Zimbabwe Republic Police in Beitbridge, before proceeding to an accessible point close to the scene, arriving well into the night.
The hunting fraternity across the world was called upon to support the search and rescue efforts financially.

Tuesday, 11 April 2017:
All efforts from both sides of the Limpopo were focused on assisting the Sub-Aqua team in a comprehensive search of the Limpopo River over approximately 300 meters around the site where Van Zyl’s backpack was found. The divers and support teams failed to turn up any new evidence.

Wednesday, 12 April 2017:
The Sub-Aqua team continued underwater grid searches throughout the morning. This was discontinued at lunch-time, where after a joint decision was made by representatives of the Zimbabwe Parks and Wildlife Management Authority (ZPWMA) and the Beitbridge Rural District Council (BBRDC) to permit the shooting of three Nile crocodiles as part of the investigation. Two crocodiles were shot late on Wednesday afternoon.

Thursday, 13 April 2017:
The crocodiles were recovered and post mortems were conducted at the scene. Stomach contents were collected and taken by the South African Police Services (SAPS) and the Zimbabwe Republic Police (ZRP) for forensic and DNA analysis.

Friday, 14 April 2017:
A third crocodile was recovered and the post mortem produced the toe-cap of a CAT boot similar to that worn by Van Zyl when he disappeared.
After communication with Van Zyl’s family, it was agreed that everything possible had been done to locate Scott and that the search was called off, pending the results of the forensic and DNA analysis.

Thursday, 20 April 2017:
Test results from South African authorities confirmed that samples from the stomach contents of the harvested crocodiles matched the DNA of Van Zyl.

“Our hearts go out to Scott’s wife, Suré, and their two children. Scott was a true family man who lived life to the fullest. He will be remembered for the passion he had for his profession and life in general,” says Phillip Bronkhorst, chairman of the Limpopo Hunters Liaison Forum (LHLF).

Van Zyl was the owner of SS Pro Safaris, situated in the Lephalale district of Limpopo, South Africa, and served on the LHLF’s executive committee. He was a keen hounds man and passionate about sustainable utilisation and especially leopard research. He will be sorely missed by colleagues and clients from across the globe.

The Zimbabwean and South African associations and organisations involved in the search and rescue operation, would like to thank members, donors and volunteers for their unselfish support during the past two weeks, particularly those who offered their time, equipment and financial means.

A special commendation to the ZRP Sub-Aqua team who conducted their searches in a dedicated and professional manner, despite the dangerous and trying conditions.

Sensitive information has been withheld so as not to influence the ongoing investigation into events on Friday, April 7, that led to the disappearance of Scott Van Zyl.