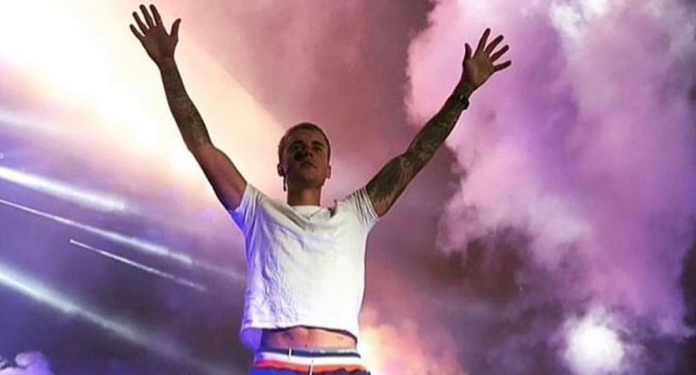 One of the funniest Justin Bieber concert reviews (read ‘rants’) has been penned by a Capetonian father (and Media Lecturer at the University of Cape Town), Ron Irwin… and it’s being shared by thousands of people, not just in South Africa, but around the world.

Irwin, who’s originally from New York and is actually a talented writer (and author of ‘Flat Water Tuesday‘), wrote that the time had come for people to hear the truth about a Justin Bieber show:

“I went to the Justin Bieber Purpose Show in Cape Town. I cop to this. I did it because I wanted my daughters to have a treat for working so hard in school… and also there are only so many more years when I will be welcome to come along to rock concerts with them. (I’m actually not welcome now but they are too young to protest and they can’t drive yet so I get a pass.)

He then explained why he felt so “ripped off”… although he admitted that’s not exactly how his daughter and many of his students felt. For them it felt like they had seen “the second coming of the Messiah”!

Irwin said: “It’s NOT just the music, which sounds like something no self respecting elevator would play to its passengers in a typical IRS building in Indiana. That’s not the point.

“The lights go up in this stadium for the opening act to be played in front of Table Mountain in front of 80,000 adoring fans who have waited all day to be there, some of whom have literally driven in from godforsaken dorps to see The Biebs.”

He then dissed the opening act, Sketchy Bongo:

“The opening act was called something like Oiko Oiko or Oingo Boingo. No, sorry, Sketchy Bongo. I think.

“Typical concert scene. People walking around, full seats, lights go down, screens go on with logos for various products you can buy, then some desultory cool stuff flashes on the screen, smoke is puffed through the smoke puffer and… the opening act TAKES THE STAGE WITH A FURY, YO!

“It’s some dude sitting at a desk with a ski mask on. I am not kidding. AT.A.DESK.

“In front of a computer or something. The dude is literally pressing buttons and moving levers. Playing recorded music and manipulating the sound because he’s a DJ. Every so often he holds an iPad in the air and twists a knob and people faint at the kiffness.

“He probably checked his Facebook page a few times while he was up there.

“I thought this was some error. Like, the band was still coming and the sound mixer man was accidentally hoisted on stage by the drunk roadies. BUT NO. This is the FIRST ACT.

“FOR AN HOUR we watch this masked idiot twiddle buttons and play dance music. Every so often six people come out on stage and sort of dance, as if they had been randomly selected from the audience for Ye Olde Green Pointe Stadium Dance Off in some shitty karaoke bar down near the whorehouses in Sea Point.

“Maybe the best dancer was promised a case of cider and a free massage. But surely not selected out of HUNDREDS OF THOUSANDS OF DANCERS to open for the PRETTY MUCH BIGGEST LIVE ACT IN THE WORLD???

“THAT”S THE OPENING AT THIS MASSIVE WORLD TOUR WE HAVE BEEN WAITING TO SEE FOR MONTHS??????

“Just give me my Mac and a balaclava and a boom box and I can do this. I, Dr. Ronald Henwood Irwin, can open for Bieber.

“But, OK, people put up with it. They get into it. They scream and dance as if they are watching, ya know, REAL MUSICIANS PLAYING LIVE MUSIC.

“The music stops and this pathetic debacle sort of straggles off stage as if it was last call in some dive bar, not the wrap up of a live act in front of tens of thousands of people who have paid the equivalent of a down payment on a small home to be there.”

And then he gets to the main act:

“We wait 30 minutes for Bieber to appear. After the first ten minutes somebody switches on the house lights so some of us can go to the bar and check our email.

“Lights down Screens up. Smoke. Fireworks, and then… OMG there he is. A little figure in the middle of the stage in a white t-shirt and basketball shorts, knee socks and sneakers.

“There is Bieber in all his wholesomeness, looking like a choir boy who discovered the joys of sleeve tattoos on his way to basketball practice. Like he’s still playing middle school basketball at 24.

“And.. the weirdness. The crowd erupted in screams of adulation and joy, as expected. My daughter and her friend were in raptures. Standard issue teen idol stuff.

“But Bieber just sort of lurches forward and… well… Bieber moans. He moans into the microphone and points at the crowd, like the Junior Varsity Basketball Player of Christmas Past coming to collect souls. He just..moans..or groans..or sort of hums…and the music behind him sounds like a warm up. There he is in person, there he is on the screen, looking out at us with dead eyes, pointing. Like a scene that was cut out of the Shining. Just. Creepy. As. F**k.

“Then the moaning and the sort of cacophony of instruments stops and we all applaud, as if this twerp has been, ya know, SINGING or something!

“Then he does begin singing. Or, more to the point, he begins earnestly lip syncing. He is moving around the stage and he seems to have a few signature stances. Here is Bieber walking with “purpose” towards us. Here he is reaching to the heavens. Here he is pointing at people in the crowd. Here he is shuffling his feet in front of his dance troupe like a drunk old man at his granddaughter’s wedding reception.

“We watch him pick up a bottle of water and drink. He sits on a riser, drinks more water, watches us, watches the dancers, rambles around a bit more, does a few dance moves, then moseys away as if he is sort of the MC at the Loyal Order of the Moose Lodge Prize Giving Ceremony

“He cannot really dance. The dancers have clearly been told to dance as if he is not there. He has one number with a woman whom he flips over and who lays her leg on his neck..he supports her, he looks at her as if she is serving him a beer he didn’t order; but he is careful to keep his elbows in as he supports her. He’s obviously been told not to hurt this woman by messing up his support stance.

“He has a signature movement. He hunches his shoulders and bends his knees as if he is defending the home team’s basket and his palms seem to graze his crotch. He does this every few minutes, as if he is adjusting a jock strap that’s too tight. It looks sort of molester-ish.

“The dancers also know that Justin gets tired easily. After forty minutes he keeps turning his back to the crowd and walking to the backstage, and they immediately fill in, block him so he can stand there, meditatively looking at them and at the crowd, as if he is thinking of buying us.

“Justin does not sweat.

“The band is hidden away in an upper riser. The camera at one point pans to them. They seem to be playing music, they seem skilled, but they are all but invisible to the naked eye. Most of the music we hear is clearly recorded anyway.

“At one point in the proceedings Justin is handed a guitar. He plunks at the strings, he sings a little ditty, finally. People encourage him to keep singing, but then he drops the guitar and goes back to his lip syncing.

“Turns out of the 21 numbers he played he sang ONLY FOUR. We each paid enough to buy a small pony to hear this kid sing FOUR SONGS.

“He doesn’t change costumes. He gives us one encore and then he is gone, back to the One and Only and his Playstation.

“Later I will venture that perhaps Bieber might have sung us a few more songs. Like, maybe just ten. Or fifteen. The kid is chewing gum up there.

“I’m told by my own kids that there is NO WAY he can dance and sing at the same time, so of course he has to lip sync!”

And then Irwin does what all dads do – he compares Bieber to musicians of the past:

“And I hear Michael Jackson roll in his grave. Elvis groans from the Great Toilet in the sky.

“Then I am told that there is NO WAY Justin could sing EVERY SONG because he is on a massively awesome world tour and he would fry his vocal chords if he actually sang! Duh, dad!

“Which is bullshit. In 2017 Justin has 48 shows lined up. Led Zeppelin did 88 shows in 1970, traveling in shitty 1970s airplanes and limos with no wi-fi across America twice, then through the UK, through Scandinavia and Europe. Robert Plant howled into that microphone like a flasher burning in hell for 88 smoke filled shows with a hungover band and probably a bad case of the clap. Real instruments were played. There was no such thing as lip syncing and the opening acts actually played music.

“Justin Bieber? Motherf**ker didn’t even have the good sense to trash a hotel room. Nary one TV was thrown out a window.”

Irwin ended his review with: “Rock is dead and it’s Justin’s fault.”

But of course his review probably says more about the generation gap than about Bieber (and Sketchy Bongo)… with some younger locals who were at the concert calling Irwin and his supporters “old timers” and pointing out that Bieber plays five instruments, writes, sings and performs… and is still in his ’20s. 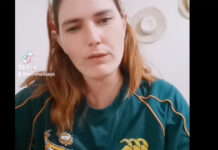