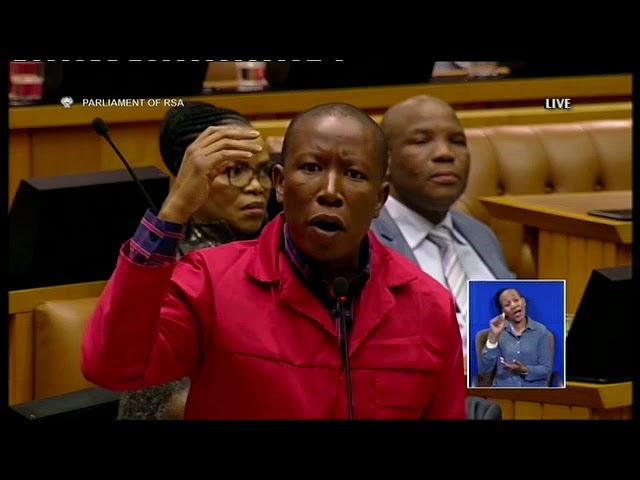 Economic Freedom Fighter (EFF) leader Julius Malema lost his temper in Parliament today after getting yet another frustrating non-answer from President Jacob Zuma.

Watch below as Malema asks Zuma, during the Question and Answer section today in Cape Town, why he doesn’t stand up for himself and the good name of his office when he is accused of having a house in Dubai, and allowing the Gupta Family to tell him which governmental appointments to make.

“Why are you not taking action? At least to protect the good image of the office if you don’t care personally?”