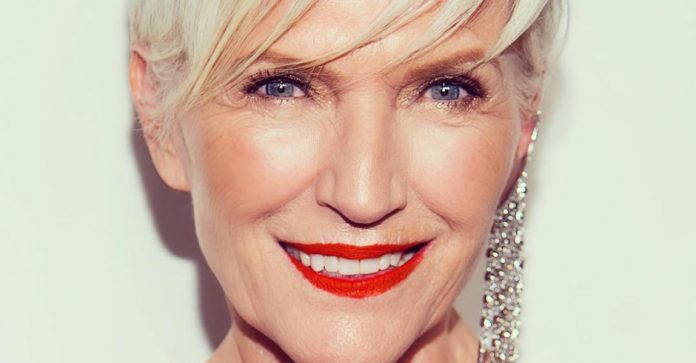 Elon Musk’s mother, Maye, who was raised in South Africa, has just done more for women over the age of 40 than any amount of botox could accomplish! As the new face of CoverGirl, Maye – a grandmother of 10 – proves that being yourself is what’s most beautiful.

Covergirl made the announcement Thursday. Global Senior Vice-President Ukonwa Ojo said: “Maye is an affirmation of the power and importance of diversity and inclusivity in the world of beauty. This is exactly what CoverGirl is all about: owning your identity and proudly sharing with the world all the facets that make you, you.”

Maye tweeted: “I’m so excited to say that I’m now officially a COVERGIRL, at 69! Beauty is for all ages.” On Instagram she added a longer message, saying it showed “never give up”.

Her billionaire son (and founder of Tesla and Space-X) retweeted her tweet; and her filmmaker daughter, Tosca (with whom she was in Cannes for a festival last week) wrote: “Congratulations mom! You are truly a daily inspiration. Love you.” (Son Kimbal hasn’t tweeted yet.)

Born in Canada and raised in South Africa, Maye says she started modelling at 15 in Joburg and Pretoria. Everyone thought she’d be finished by 18 but after getting married and having three children she kept getting called back to model some more. By the age of 28 she says she was the oldest model in South Africa at that time!

Maye is a dietician (with two degrees including a masters in nutrition) and a twin, and has continued to model for the past 50 years, as well as found a charity that builds vegetable gardens in schools.

She says the key to her renewed popularity in the last few years is probably due to the fact that she decided to go grey at 60.

She told the New York Times that “ageing has been good for me. You develop confidence, you’re able to handle the knocks a little easier. I model for my age. I’m not trying to hide it and say I’m 50. I’m so proud that I’m going be 70.”

And we’re so proud that she’s not hiding her wonderful South African accent! Watch below.

In previous interviews Maye has said she was “famous until Elon became famous”. Looks like it’s her turn to shine again.

.@covergirl I'm so excited to say that I'm now officially a COVERGIRL, at 69! Beauty is for all ages. #COVERGIRLMADE pic.twitter.com/xndw5deHXs

Thank you Valeriya, for this article on my modeling career, from my first makeup ad in the 60s to NYFW and the big reveal today. https://www.nytimes.com/2017/09/27/fashion/covergirl-maye-musk-elon-musk.html #COVERGIRLMADE #JustGettingStarted