The South African Government says it is investigating an outbreak of Listeriosis in the country which has caused the deaths of 36 people.

At a media briefing in Pretoria on Tuesday, Health Minister, Dr Aaron Motsoaledi, said the source of the outbreak is likely to be a food product consumed by people across all socio-economic groups.

“Out of 557 cases, we are certain of the final outcome for 70 cases. Of these 70 cases, 36 persons have died,” Minister Motsoaledi said.

The Centre for Disease Control and Prevention describes Listeriosis as a serious, but treatable and preventable disease caused by the bacterium, Listeria monocytogenes.

The bacteria is found in soil, water and vegetation. Animal products and fresh produce such as fruits and vegetables can be contaminated from these sources.

Although anyone can get Listeriosis, those at high risk of developing the disease include newborn babies, the elderly, pregnant women, persons with weak immunity such as HIV, diabetes, cancer, chronic liver or kidney disease patients.

The age groups that are most affected are neonates – those in the first 28 days of life – and the age group 15 – 49 years. These two groups comprise 70% of all cases.

The Minister said while Listeriosis is a serious disease, it can be treated with antibiotics.

Infection with listeria may result in:

– Infection of the blood stream which is called septicaemia

– Meningoencephalitis (infection of the brain)

Generally there are four possible sources of Listeriosis: directly at origin – for example a farm, a food processing plant, a retail outlet and food preparation at home.

Minister Motsoaledi believed for this particular outbreak the most likely possible source is contaminated food at the origin – for example at farms, as well as food processing plants.

However, investigations into the real cause of the outbreak are underway. “The source of this outbreak is currently being investigated, and all the stakeholders are cooperating with the investigation led by the National Institute for Communicable Diseases (NICD).”

Environmental Health Officers are following up diagnosed cases and are visiting their homes to sample food where available.

There are 23 private food tasting laboratories that are accredited by South African National Accreditation System which reports to the Department of Trade and Industry. These laboratories have been requested to provide data on Listeria to date as well as to provide isolates to the National Institute for Communicable Diseases.

So far, two have voluntarily submitted isolates from food samples.

While investigations are underway, the WHO has advised the following: 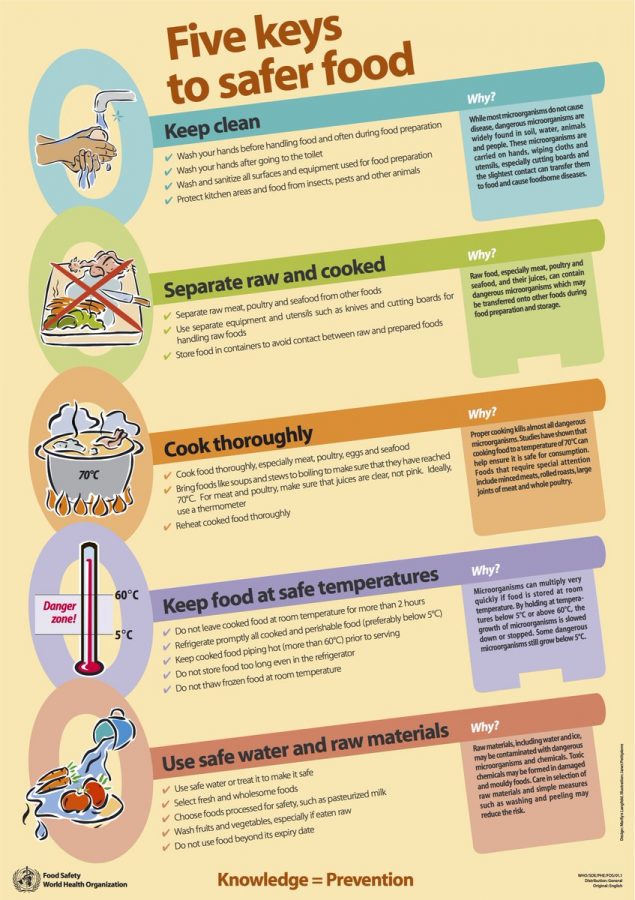 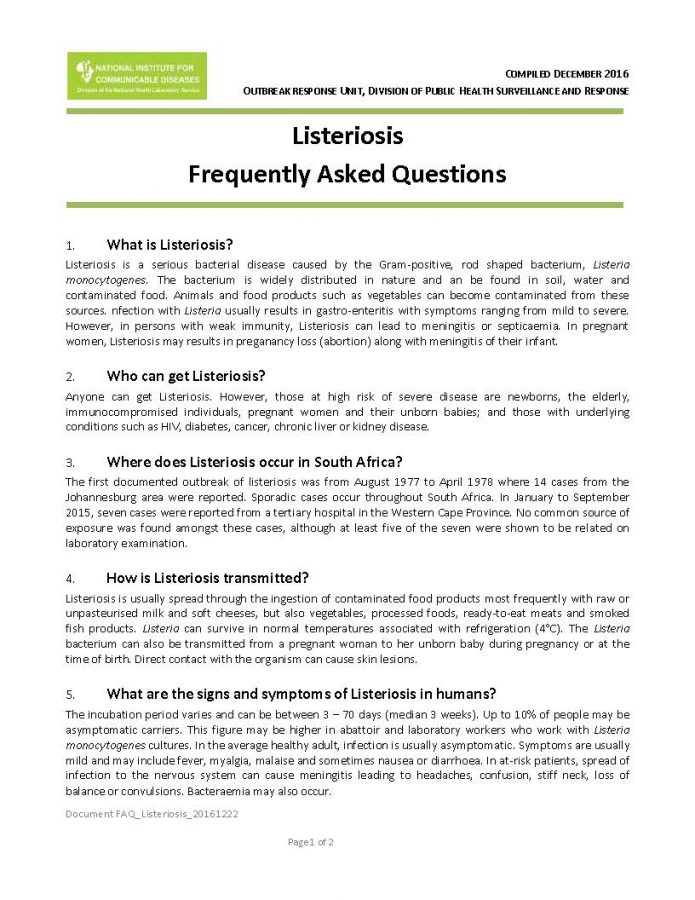 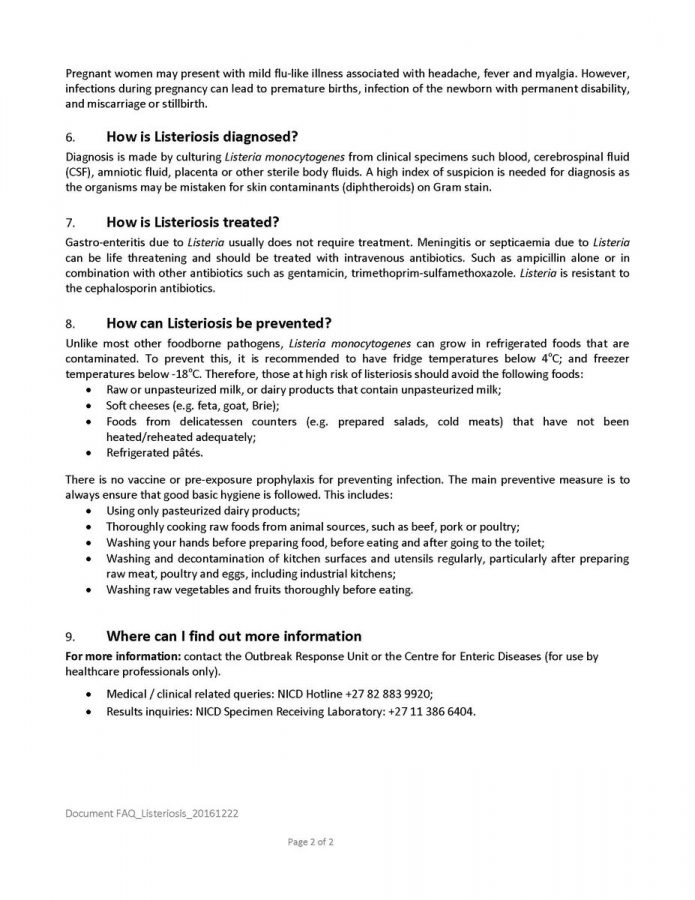