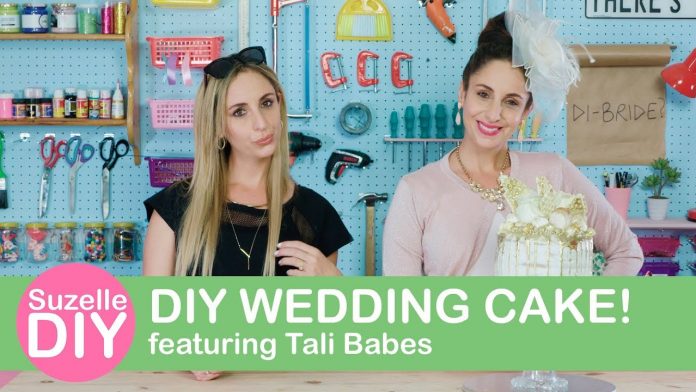 South African actress Julia Anastasopoulos proves how incredibly talented she is in this DIY Wedding Cake video – as she takes on her successful YouTube character SuzelleDIY AND her new Showmax TV series character Tali.

Of course the two characters don’t get on. There’s a little rivalry and while Suzelle is all about positivity ‘Tali babes’ is not!

Promotional videos for Tali’s Wedding have already reached over two million views in less than a month!

Suzelle and Tali are both played by actress Julia Anastasopoulos and co-created with her husband, Ari Kruger, who directs both shows.

Tali’s Wedding Diary follows a self-obsessed Sandton princess (Julia) who’s moved to Cape Town and is filming the build-up to her wedding to her property-agent fiance Darren.

After a premier at The Labia in Cape Town last week, TV Plus tweeted: “Great news. Tali’s Wedding Diary is AWESOME. So funny… She’s a monster. Shrieking with horror and laughter… We can’t wait until 14 December to binge the rest…”

How to Make a DIY Wedding Cake (featuring Tali Babes)