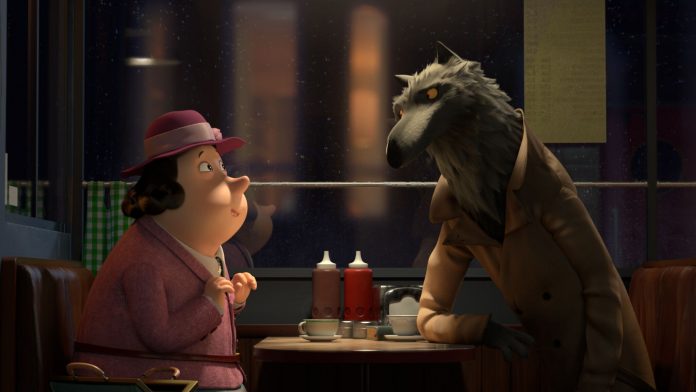 South African animators from Triggerfish are waiting with bated breath for the Oscar nominations to be announced on Tuesday.

Revolting Rhymes – animated by Cape Town-based Triggerfish – is one of 10 animated short films shortlisted for an Oscar, selected from 63 qualifying films!

The five finalists will be announced this Tuesday, 23 January 2018, with the awards scheduled for 4 March 2018 in Los Angeles.

Other African-linked projects shortlisted include South Africa and Senegal’s foreign film entries, The Wound and Felicite, as well as Jane, set in Tanzania, in the documentary category; the Ghana-set Kayayo in short documentaries; and the Kenyan-set Watu Wote in short films.

It’s voiced by a stellar cast that includes Dominic West (The Affair) as The Wolf; Rose Leslie (Game of Thrones) as Red Riding Hood; and Gemma Chan (Humans) as Snow White.

The film has already won nine major international awards – in Europe, Canada and China and is nominated for a prestigious Annie Award on 3 February 2018 in Los Angeles; a British Animation Award on 15 March in London; and an International Emmy Kids Award, which will be presented in April 2018.

“When we started Triggerfish 21 years ago, there was no animation industry in South Africa, so it’s amazing to have worked on a film which is now on the Oscar shortlist, for directors whose work we’ve always admired,” says Triggerfish CEO Stuart Forrest.

“This shows again that African animation is now among the best in the world and we hope it will inspire many more people across the continent to consider animation as a career path.”

Magic Light Pictures’ third collaboration with Triggerfish, The Highway Rat, premiered on BBC One this Christmas, reaching over 7.7m viewers. An adaptation of Julia Donaldson and Axel Scheffler’s bestseller, The Highway Rat is a swashbuckling tale of bandits and biscuits the whole family will enjoy. David Tennant (Doctor Who, Broadchurch) leads an impressive cast in the title role.

Watch an excerpt from The Highway Rat:

Stick Man, Magic Light Pictures’ previous Donaldson/Scheffler production animated at Triggerfish, also premiered on BBC One on Christmas Day in 2015, before going on to win critical praise and a raft of global industry awards including the Annecy Crystal and a BAFTA nomination.