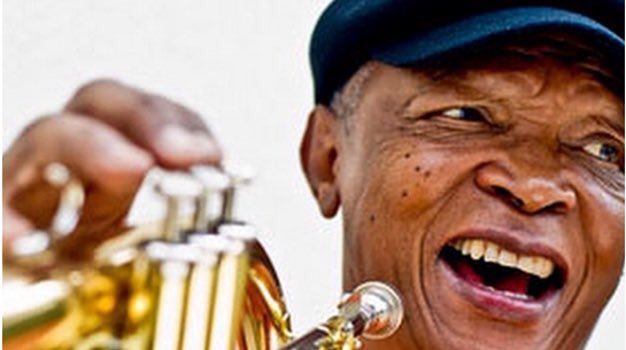 South Africans have reacted with shock and sadness at the passing of legendary anti-apartheid activist and musical genius, Hugh Ramapolo Masekela, who has died after a battle with prostate cancer.

The President described the passing of Masekela as sad.

In October 2017, Masekela cancelled his forthcoming appearances to focus on his health, after revealing in a statement that he had prostate cancer. He said at the time: “I urge all men to have regular tests to check your own condition. Ask questions, demand answers and learn everything you can about this cancer, and tell others to do the same.”

Masekela revealed that he had been treated for prostate cancer in 2008 and thought it was successful… until 2016 when he had to undergo another operation. Prostate cancer is one of the most common forms of cancer in men, and is treatable if found in the early stages.

Today President Zuma said in a statement: “The nation mourns one its most recognisable signature talents in the person of Bra Hugh Masekela. It is an immeasurable loss to the music industry and to the country at large.

“His contribution to the struggle for liberation will never be forgotten. We wish to convey our heartfelt condolences to his family and peers in the arts and culture fraternity at large. May his soul rest in peace.” 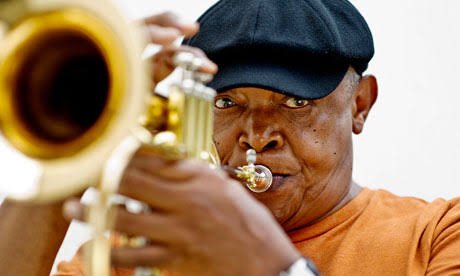 Masekela was one of the pioneers of jazz music in South Africa whose talent was recognised and honoured internationally over many years.

President Zuma said he kept the torch of freedom alive, globally fighting apartheid through his music, and mobilising international support for the struggle for liberation and raising awareness of the evils of apartheid.

In 2010, President Zuma bestowed the National Order of Ikhamanga in Gold to Masekela for his exceptional contribution to music and the struggle against apartheid in South Africa.

Minister of Arts and Culture Nathi Mthethwa says the nation has lost a one-of-a-kind musician with the passing of Jazz legend bra Hugh Masekela.

“A baobab tree has fallen. We can safely say bra Hugh was one of the great architects of Afro-Jazz and he uplifted the soul of our nation through his timeless music,” said the Minister in a Tweet on his official Twitter handle.

Democratic Alliance (DA) Leader Mmusi Maimane said: “The DA is deeply saddened by the passing of our national treasure, Hugh Masekela. We extend our love and condolences to his family, loved ones and the South African music fraternity. His unmistakable sound will echo in our hearts forever…

“Bra Hugh was a giant among his peers. His music touched the lives of true music lovers, irrespective of colour or creed. We all sang and danced to Thanayi and songs such as Stimela made us all contemplative.

“Bra Hugh was a proud African and a true son of the soil. We are grateful for his immense contribution to South Africa and the continent as a whole.

“Our nation owes you a great debt of gratitude, Bra Hugh.

“Rest in peace, Bra Hugh. We will miss you!”

The EFF sent heartfelt condolences and extended solidarity to the family, friends, and fans of Bra Hugh’s signature sound.

The EFF said: “It is impossible to speak about African jazz music across the continent and the world without Hugh Masekela. South Africa is indebted to him and his generation for the international mark SA jazz music has… He has taken his last ride in the Coal Train; this time, the coal train will never return, the African trumpet shall never blow no more on the live shows of the global music scene. Yet, his memory will always nourish the soul of African jazz. May all artist be as true to their time as Hugh Masekela was. May the arts in our country drink forever in his endless fountain of artistic genius. May his soul rest in the perfect peace his trumped blows generates in all our hearts.”

At the age of 14, the deeply respected advocator of equal rights in South Africa, Father Trevor Huddleston, provided Masekela with a trumpet and soon after the Huddleston Jazz Band was formed.

According to his website, Masekela began to hone his, now signature, Afro-Jazz sound in the late 1950s during a period of intense creative collaboration, most notably performing in the 1959 musical King Kong, written by Todd Matshikiza, and, soon thereafter, as a member of the now legendary South African group, the Jazz Epistles.

In its tribute the ANC said: “Like many of our struggle icons, he was forced to go into exile in the 1960s because of his music which was unsilenced in the face of discrimination.”

On arrival in New York he enrolled at the Manhattan School of Music. This coincided with a golden era of jazz music and the young Masekela immersed himself in the New York jazz scene where nightly he watched greats like Miles Davis, John Coltrane, Thelonious Monk, Charlie Mingus and Max Roach.

Under the tutelage of Dizzy Gillespie and Louis Armstrong, Hugh was encouraged to develop his own unique style, feeding off African rather than American influences – his debut album, released in 1963, was entitled Trumpet Africaine.

In the late 1960s, Masekela moved to Los Angeles, where he was befriended by hippie icons like David Crosby, Peter Fonda and Dennis Hopper.

His subsequent solo career has spanned five decades, during which time he has released over 40 albums and has been featured on countless more, and has worked with such diverse artists as Harry Belafonte, Dizzy Gillespie, The Byrds, Fela Kuti, Marvin Gaye, Herb Alpert, Paul Simon, Stevie Wonder and the late Miriam Makeba.

The ANC said: “As international pressure mounted on the apartheid government to release political prisoners in the 1980s, Bra Hugh, through his music, became of the voice and conscience of countless generations of South Africans. His anthemic “Bring Him Back Home”, amongst his many works, spoke of the yearning the South African people had for freedom and liberation.”

In 1990, Hugh returned home, following the unbanning of the ANC and the release of the former President Nelson Mandela.

In June 2010, he opened the FIFA Soccer World Cup Kick-Off Concert to a global audience and performed at the event’s opening ceremony in Soweto’s Soccer City. In the same year, President Jacob Zuma honoured him with the highest order in South Africa, the Order of Ikhamanga.

Father of South African Jazz, Mr Hugh Ramopolo Masekela has passed away. The musician had been battling prostate cancer since 2008.

May his soul Rest In Peace.

Today, we mourn the loss of a legend. Not only one here at home, but throughout the world.
Robala ka kagiso. #RIPHughMasekela pic.twitter.com/Ms1P9ZHkCL