Multichoice announced on Wednesday that it will not renew its contract with the 24-hour News Channel ANN7, when the contract expires on 20 August 2018. The decision has been met with mixed feelings – with some concerned for what this means to media freedom, and others welcoming the end of “dishonest journalism”.

Following an internal investigation by the satellite provider into its relations with ANN7 television, Multichoice CEO Calvo Mawela made the announcement, saying it would not be “appropriate” to renew the contract with the TV station, “in light of the ongoing controversies”.

According to the #Guptaleaks emails, ANN7’s previous controversial owners – the Gupta family – were in a three-way state capture conspiracy with ANN7, MultiChoice and some Government officials. MultiChoice was accused of making multi-million rand payments to ANN7 and the country’s national broadcaster, the SABC, to garner support for its digitalisation policy… and is facing an inquiry by SA’s broadcast regulator Icasa.

Mawela stressed on Wednesday that the payments were not abnormal and had nothing to do with digital migration.

During a media briefing MultiChoice admitted that it “made mistakes” in dealing with ANN7 contracts but stressed that it did not engage in any illegal or corrupt activities.

“There was no evidence of corruption or any illegal activity. We acknowledge that we should have looked into controversies around ANN7 before public concern was raised, and this should have been escalated to the board sooner,” Mawela said. (Watch below.)

Mawela said when MultiChoice entered into an agreement with ANN7, which at the time had been owned by the controversial Gupta family, “the extent of state capture was unknown” and that “we fully understand the outrage of the public regarding endemic corruption in our country and accept that we should have dealt with concerns with ANN7 swiftly”.

The Pan Africanist Congress of Azania (PAC) has called on ICASA to intervene, accusing MultiChoice of “bullying” ANN7 and thinking they are “the God of Satellite Space“.

PAC said it is especially concerned with the plight of workers who may “lose their lovely jobs” and find no other jobs in a market place saturated with million of unemployed young graduates.

The Progressive Professionals Forum (PPF) called MultiChoice’s decision “shameful” and said it will fight it. The PPF said MultiChoice has succumbed to pressure from “anti-transformational groups”.

The PFF says if MultiChoice does not rescind its “ill-informed” decision within five days, it will mobilise all its members to cease their MultiChoice subscriptions.

The South African National Editors’ Forum (Sanef) said the decision will “have serious implications for media freedom” in South Africa, especially at a time when the country is calling for a “variety and multiplicity of views”.

The Black Business Council (BBC) said it is shocked, and that the alleged corruption of the previous shareholders (the Guptas) should not be a burden on the current black owner (Mzwanele Manyi).

BBC secretary General George Sebulela told ANN7: “The action by Multichoice flies in the face of our constitution, which guarantees media freedom.”

He pointed out that this is a drastic action to take when MultiChoice says it found no corruption.

“If Multichoice cares about the victims of colonialism, apartheid exclusion and oppression of black organisations such as ours, their attitude on the ANN7 matter could have been resolved differently,” he said.

Anton Harber, former Editor-in-Chief of news channel eNCA, presented a different argument in The Conversation, comparing ANN7’s experience to that of the Citizen which was begun in the ’70s with secret government funding with the express purpose of undermining anti-apartheid newspaper, the Rand Daily Mail.

Harber says: “The Citizen went through multiple changes of ownership until this history was bleached out. But only diehard apartheid supporters would have mourned its closure in the 1980s, just as only diehard Gupta-supporters will mourn the disappearance of ANN7.”

Harber cites a broadcast by ANN7 just this week on the Vrede dairy farm scandal that was a “clear illustration of the kind of dishonest journalism the station has produced since its launch in 2013”.

He says however that what this incident most highlights is the danger of MultiChoice having a monopoly on pay-TV.

Meanwhile MultiChoice says it will host a new black-owned news channel and will be calling for proposals from interested media groups very soon.

We banned ANN7 long time ago and we don’t have any sympathy for them at all. They are not a media house but instead a criminal syndicate, stealing from the poor…

This is my view. I don’t care for ANN7, so I don’t watch it & or grant it interviews. Taking it off air for “reputation” reasons is unconscionable. What I am interested in is in the money trail, we haven’t even begun scratching the surface, I will continue digging. https://t.co/t3yxckYCvM

#SouthAfrican-s should be championing media diversity. You may not like @ANN & you have the right not to watch, but the non-renewal of #ANN7's contract should be condemned by all those who believe in democracy and media freedom.. Today it's ANN7 tomorrow it's somebody else. https://t.co/W2ZfFEGZGO

Watch We Made Some Mistakes… 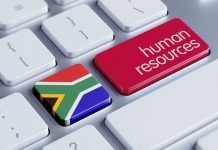