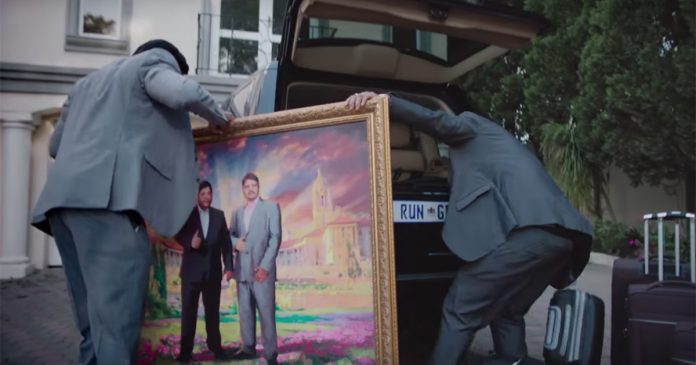 Nando’s does it again! This time the fast food chicken restaurant chain appears to have predicted the Gupta raid that took place this morning in Saxonwold, South Africa!

The “We Can Fix Our Sh*t” ad was aired two months ago, in mid-December 2017, and ended with this section:

The chicken have come home to roost. #SouthAfricaInTransition #Nandos pic.twitter.com/llHnoicae8

Jono Hall tweeted: “So it turns out I wasn’t just directing a Nando’s ad but also playing my part in PREDICTING THE FUTURE LIKE A BEARDLESS VENGEFUL WIZARD.”

Other big news in South Africa today is that the NEC has recalled President Jacob Zuma.

Looks like Nando’s was right. South Africa can fix its sh*t!

UPDATE: Nando’s has just released an updated version of this section of the ad:

Watch Nando’s full ad here: We can fix our sh*t

So it turns out I wasn’t just directing a Nando’s ad but also playing my part in PREDICTING THE FUTURE LIKE A BEARDLESS VENGEFUL WIZARD.#Saxonwold https://t.co/PcV9KvkxHu

Who remembers that scene in Goodfellas? Police helicopter circled four times and then headed off. Show of force? Or just a show? #Saxonwold pic.twitter.com/LwUbjwXYOf