Cyril Ramaphosa has been sworn in as the fifth democratically elected President of South Africa on Thursday. 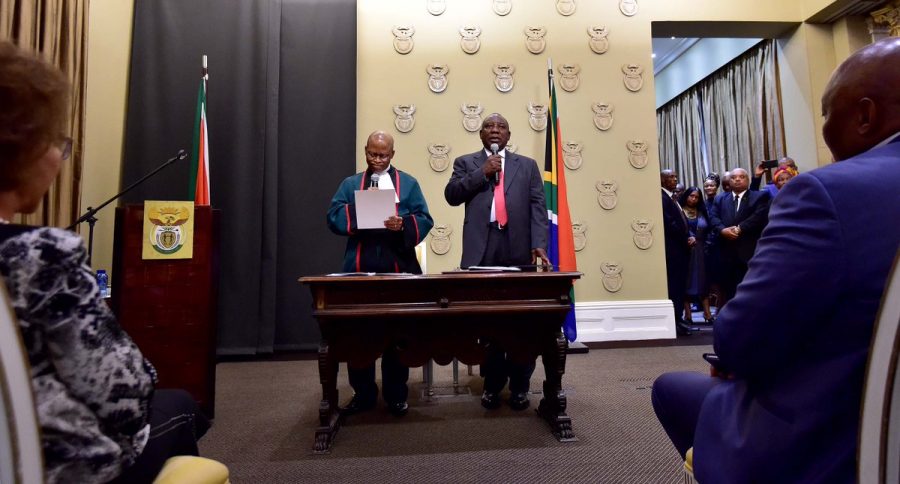 In a packed Media Centre in the Presidency precinct at Tuynhuys, Chief Justice Mogoeng Mogoeng officiated the swearing in of the President following his election in the National Assembly earlier in the day.

The jovial President, looking dapper in a black suit with white shirt and red tie, took his oath of office during a live broadcast as proud family members looked on. 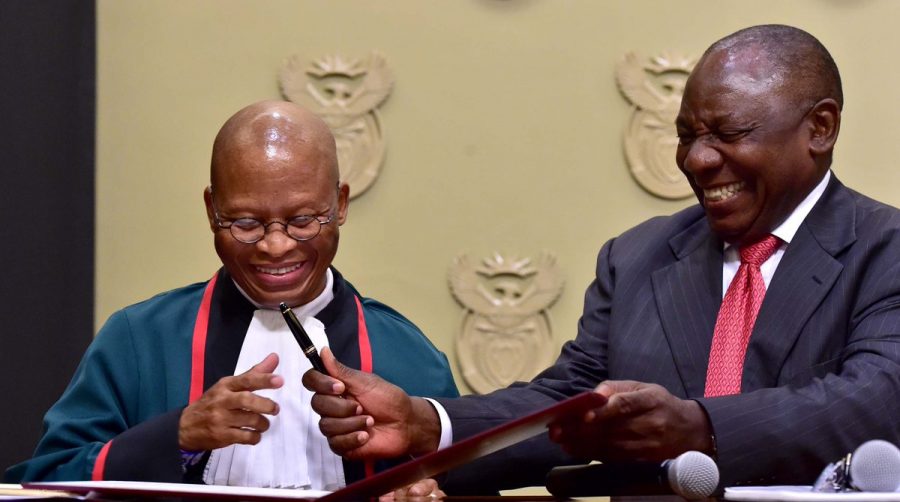 He further promised to promote all that will advance the Republic, and oppose all that may harm it; protect and promote the rights of all South Africans; discharge his duties with all his strength and talents to the best of his knowledge and ability and be true to the dictates of his conscience. 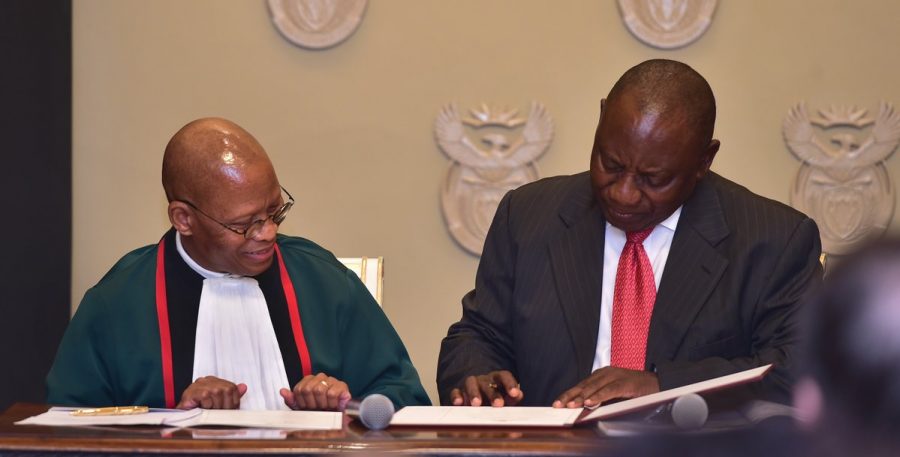 The event was attended by various Members of Parliament, MPs from the opposition benches, Cabinet Ministers and Deputy Ministers. 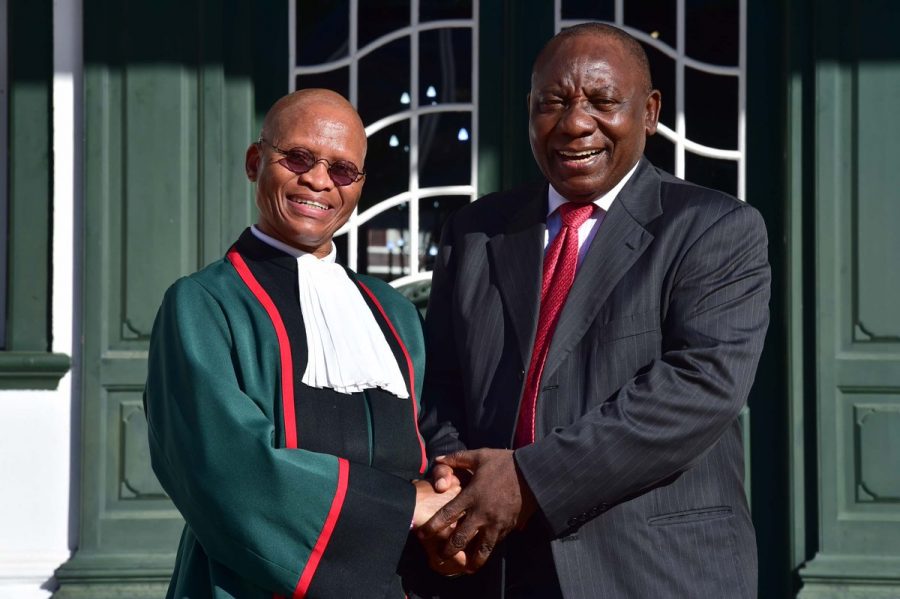 Guests erupted into song as he left the venue with the media contingent scrambling for space to ensure they captured the historic moment.

The President is expected to deliver his first State of the Nation Address in the National Assembly on Friday night. – SAnews.gov.za